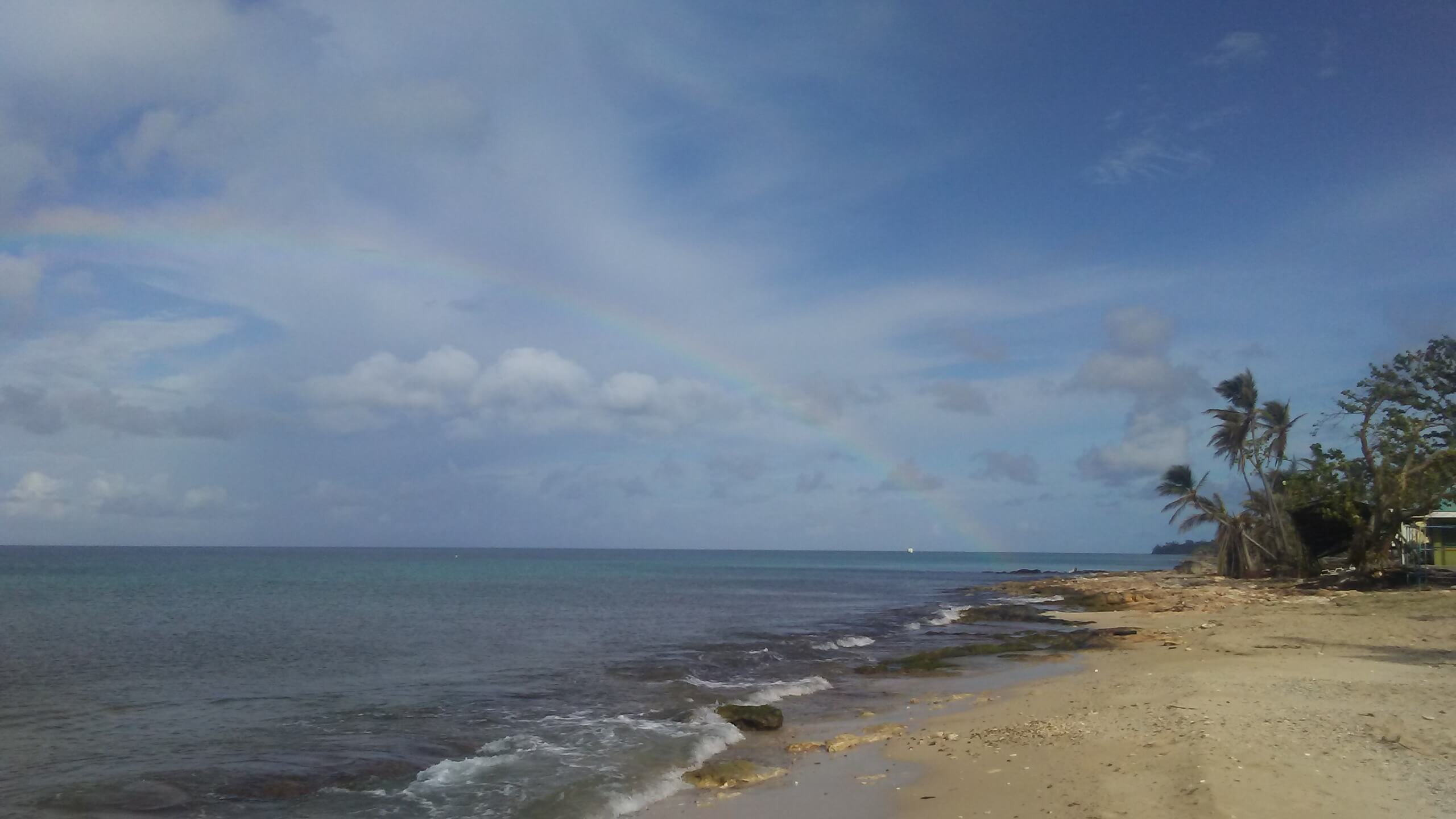 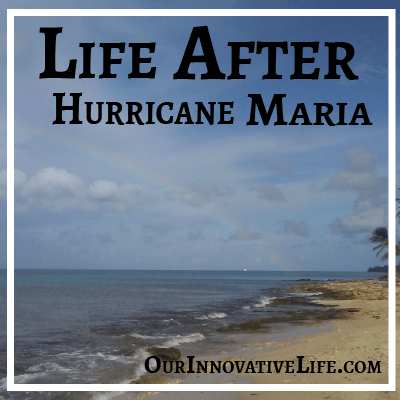 “Then a Hurricane Came and Devastation Reigned”

Wake up to the stillness and just-rising sun. Put on work clothes. Cut trees. Haul trees. Haul more trees. Get sweaty and gross. Haul more trees. Clear more debris. Haul buckets to wash, flush, cook. Don headlamps to cook dinner. Shower in the light of the lantern. Listen hungrily to the little business card-sized battery operated radio to try and eek out any sort of information about the outside world. Sleep when the sun goes down.

This was our world – our new day to day life after Hurricane Maria. This was our day to day existence for the first couple of weeks after the storm. We would get up with the sun and work tirelessly until the sun was setting. There were roads to clear and yards to clean up. The immediate information we were getting from the radio was that there was a curfew still in place and we were to stay in our homes until they deemed it safe to move about.

This was our road. 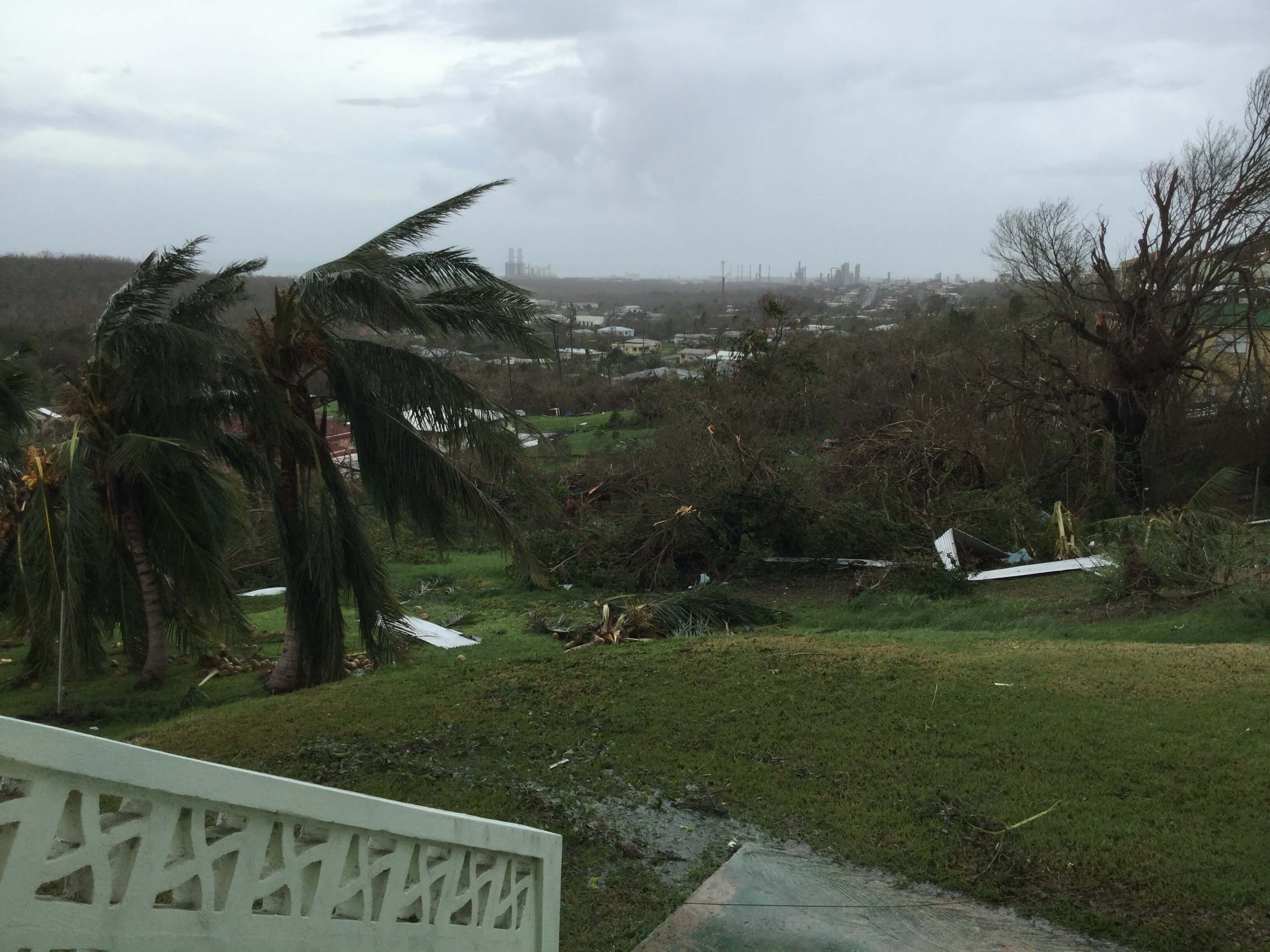 Our other neighbor’s yard. 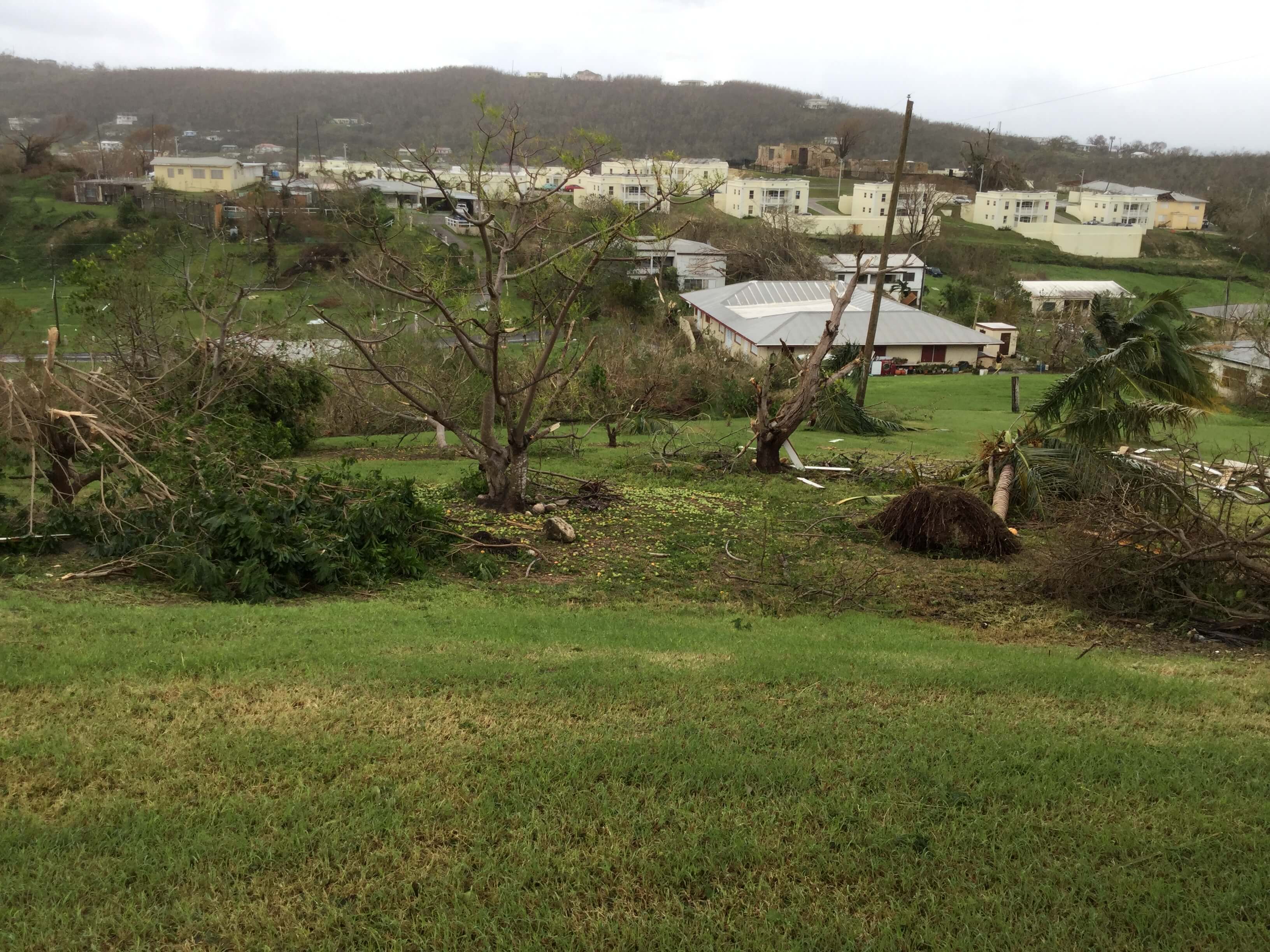 And our yard (more here).

There was A LOT to get done. It kept us engaged and focused on other things than what we had just gone through. Working physically allowed us to take time to process.

The storm was scheduled to hit on Tuesday night. The Governor put a curfew into place from Tuesday afternoon until Thursday at 10am. Immediately following the storm, he held a press conference – and assuming you had a radio to listen to it – we all found out that the curfew had been kept in place and they would be lifting the curfew eventually.

When the curfew was lifted, it was lifted for 4 hours. We (all 50,000 residents of St. Croix) were asked to only go out of our homes between the hours of 12pm to 4pm. There was not communication. Cell phone towers had been demolished. People were desperate to get out of their homes and try to connect with family and friends. They wanted gas for their generators. They wanted to go to the stores to get food or ice. We knew it would be pandemonium. Stewart tried to walk a little away from our home to try and get a signal to reach out to family and friends. There was no signal within walking distance so he drove to try and get a signal. It took him almost the entire 4 hours. Traffic was crazy. Cars were backed up for miles. Only a few gas stations were open. They opened 3 grocery stores. He got calls out to our parents and hoped they would spread the news that we were safe.

This is what our bathrooms look like. We are SO grateful for these basins that we got from friends who worked at the hospital back in Utah. We have one for “washing” and one for rinsing. 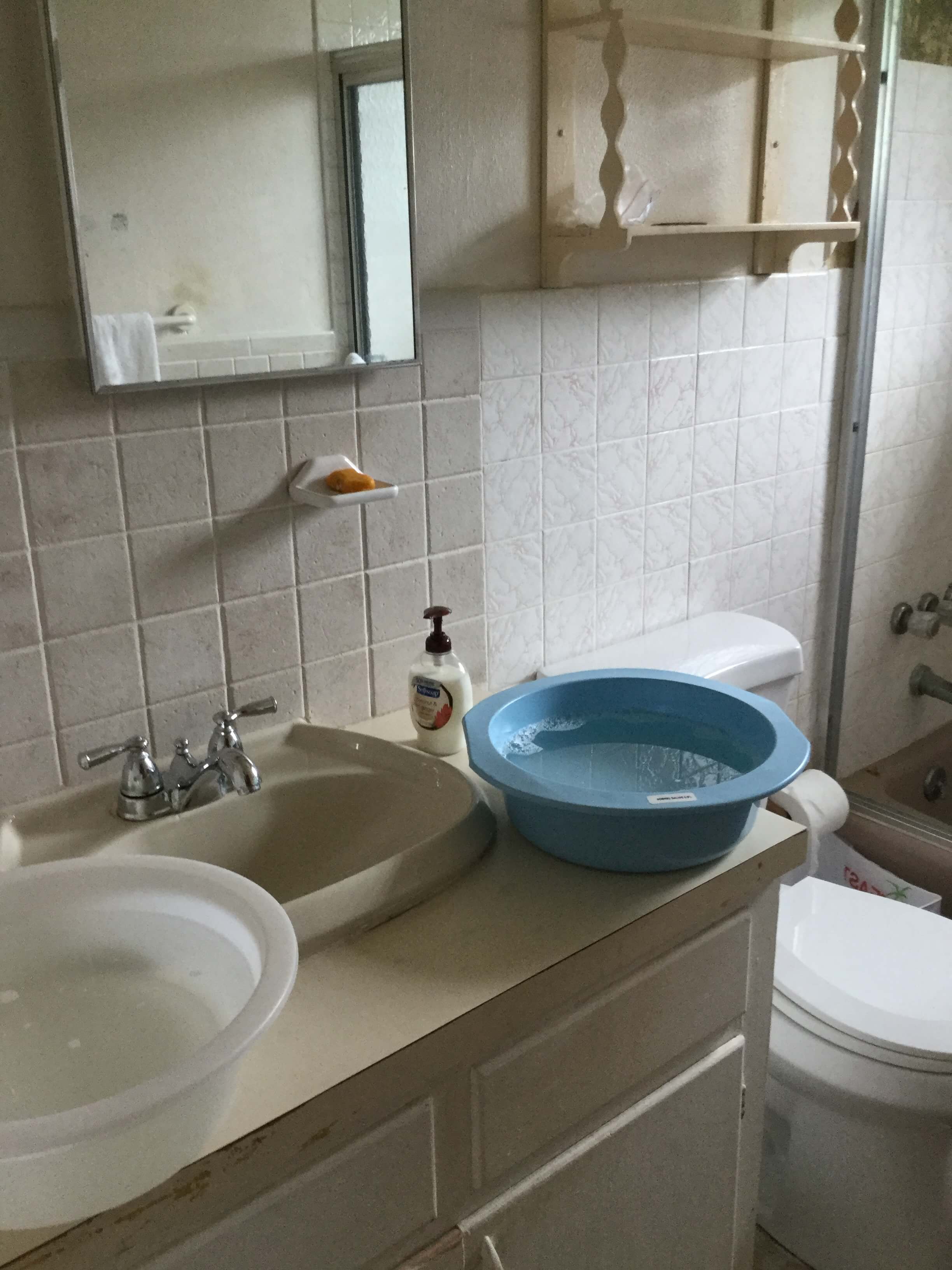 Behold! Our wondrous camp shower! This is how we bathe. Many have been using a bucket to bathe – just pouring it over themselves. We will be FOREVER grateful to Stewart’s aunt Jocelyn who gave this camp shower to him as a gift for his 11th birthday. Little did we know it would be so helpful the dozens of times we chose to keep it rather than throw it away. It has allowed us to have a little bit of normalcy. 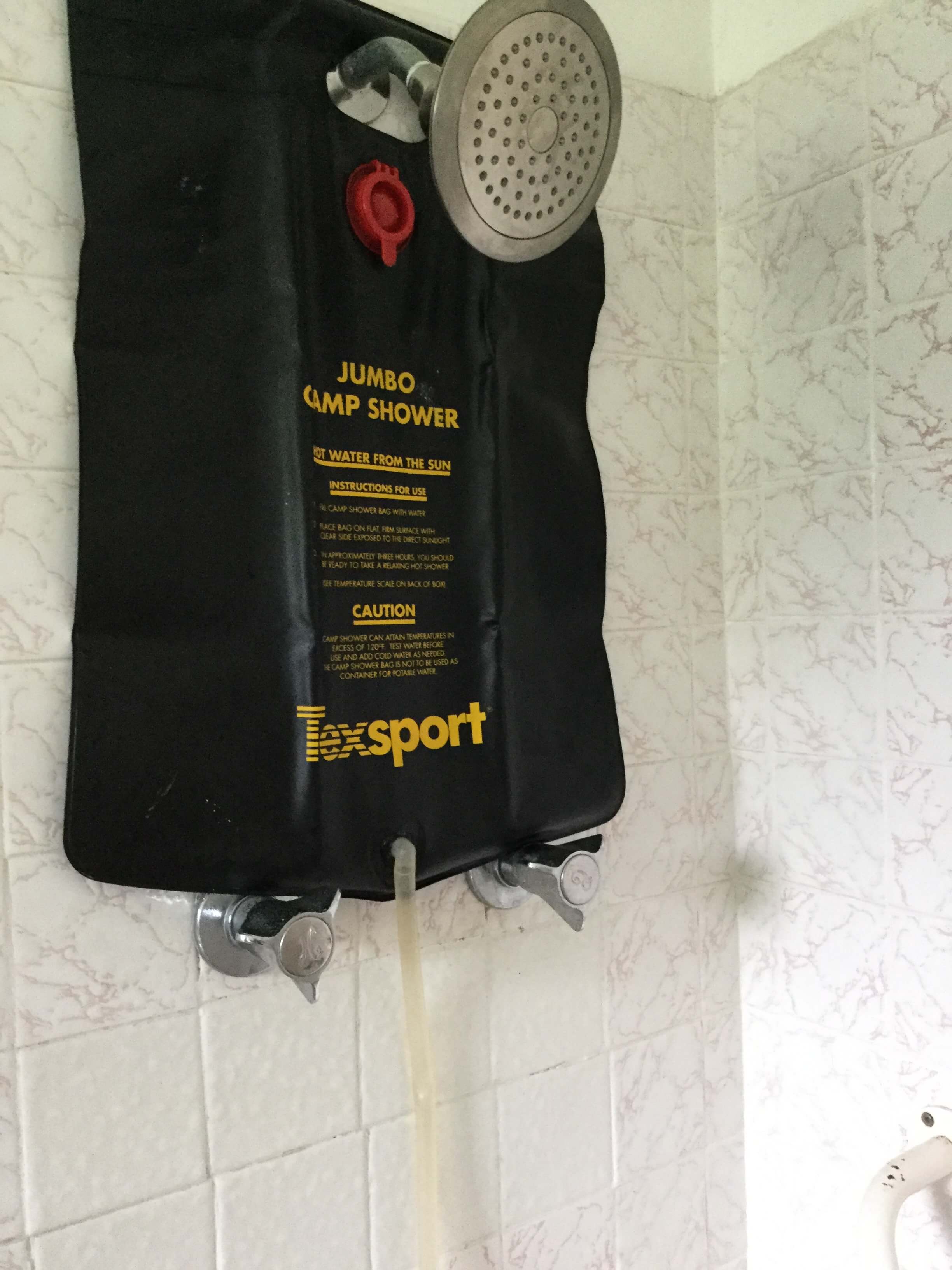 We get our water from a pump that pulls water from a large cistern under our home. That pump is run by electricity. When the power is out it means we have no running water either. Here are our buckets and our cistern cover where we lower the buckets to get the water. They have been a lifeline. Allowing us to get the much needed water to flush, wash, and cook. We haul about 16 buckets a day. Each bucket holds 14 quarts. That is 56 gallons of water a day. We are getting very strong lifting and hauling water. 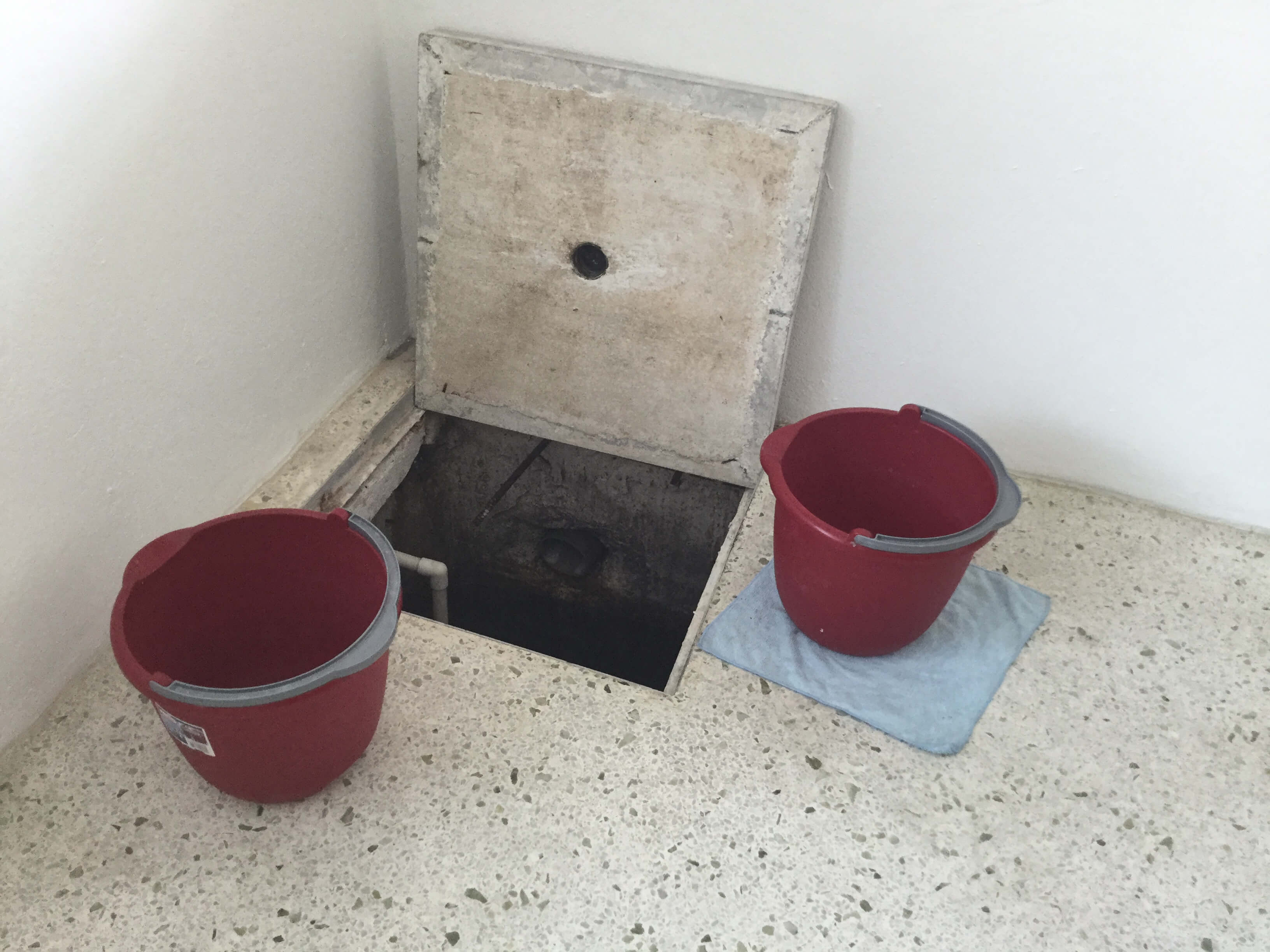 This is our camp stove where we cook most (if not all) of our meals. We haven’t had a meal that requires an oven since before the storm. I miss my oven and baking. I may have looked up how to make brownies on the stove….getting desperate here…but I haven’t tried it…yet. It is quick and easy and again a lifesaver – allowing us to have variety – especially without refrigerated food. 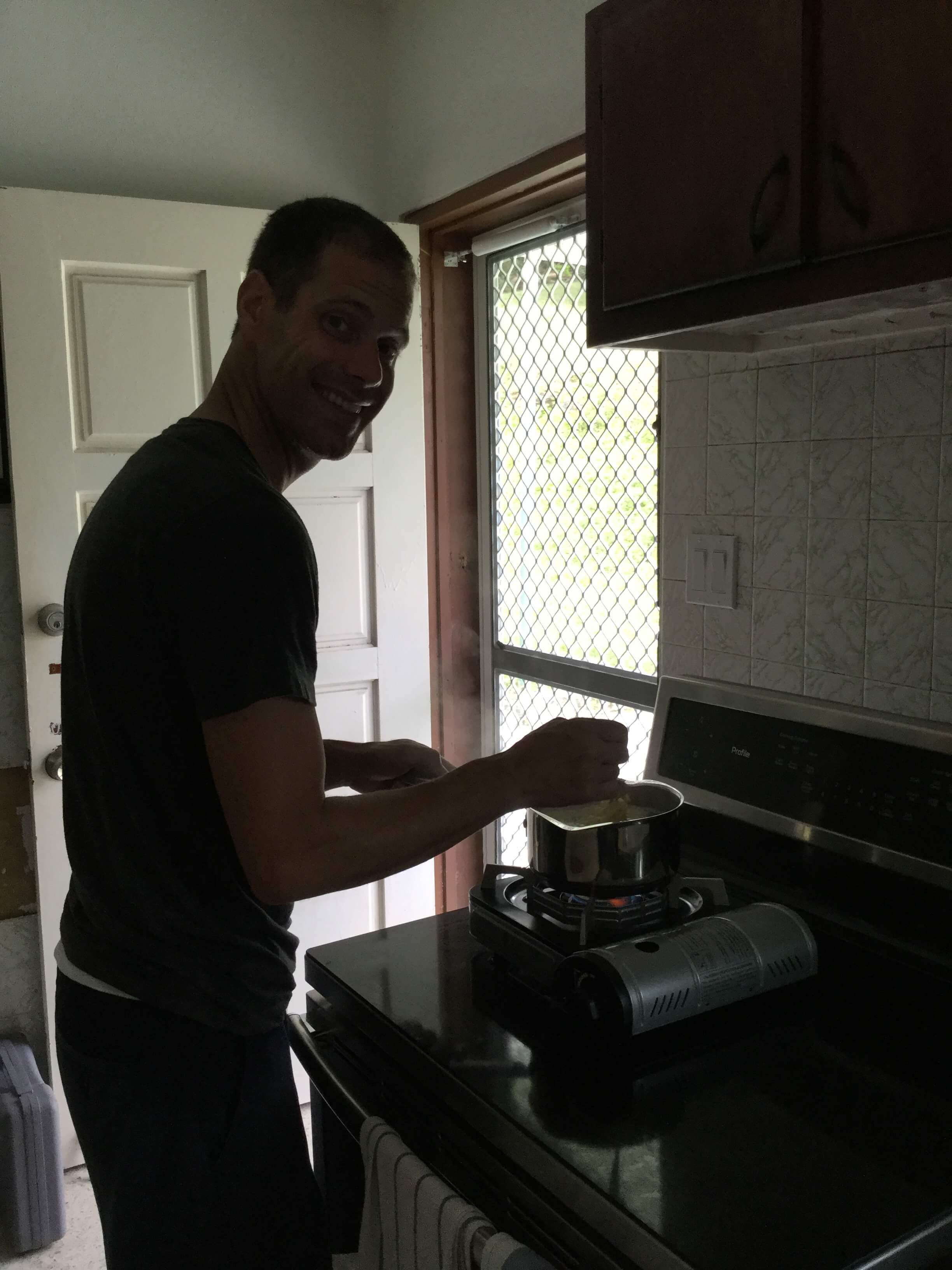 We do our laundry the “old fashioned” way. We hang it on a line to dry. Usually we hope the rain will stay away. If it does decide to deluge, we hope our carport can offer some small protection. Although, should the clothes get wet, we embrace the added “Caribbean Fresh Rain” scent as an added bonus. #silverlining #Ichoosejoy

Here is a picture of a random power line pole. This is why we may not have power until Christmas (at the earliest). Yes…Christmas. Many people think that I have been joking when I say that. Nope. We are on day 59 without power. There are over 500 lineman here on the island working to restore power. It is pretty amazing. We are really hoping that they meet their goal of Christmas. We would sure love to light our Christmas tree. 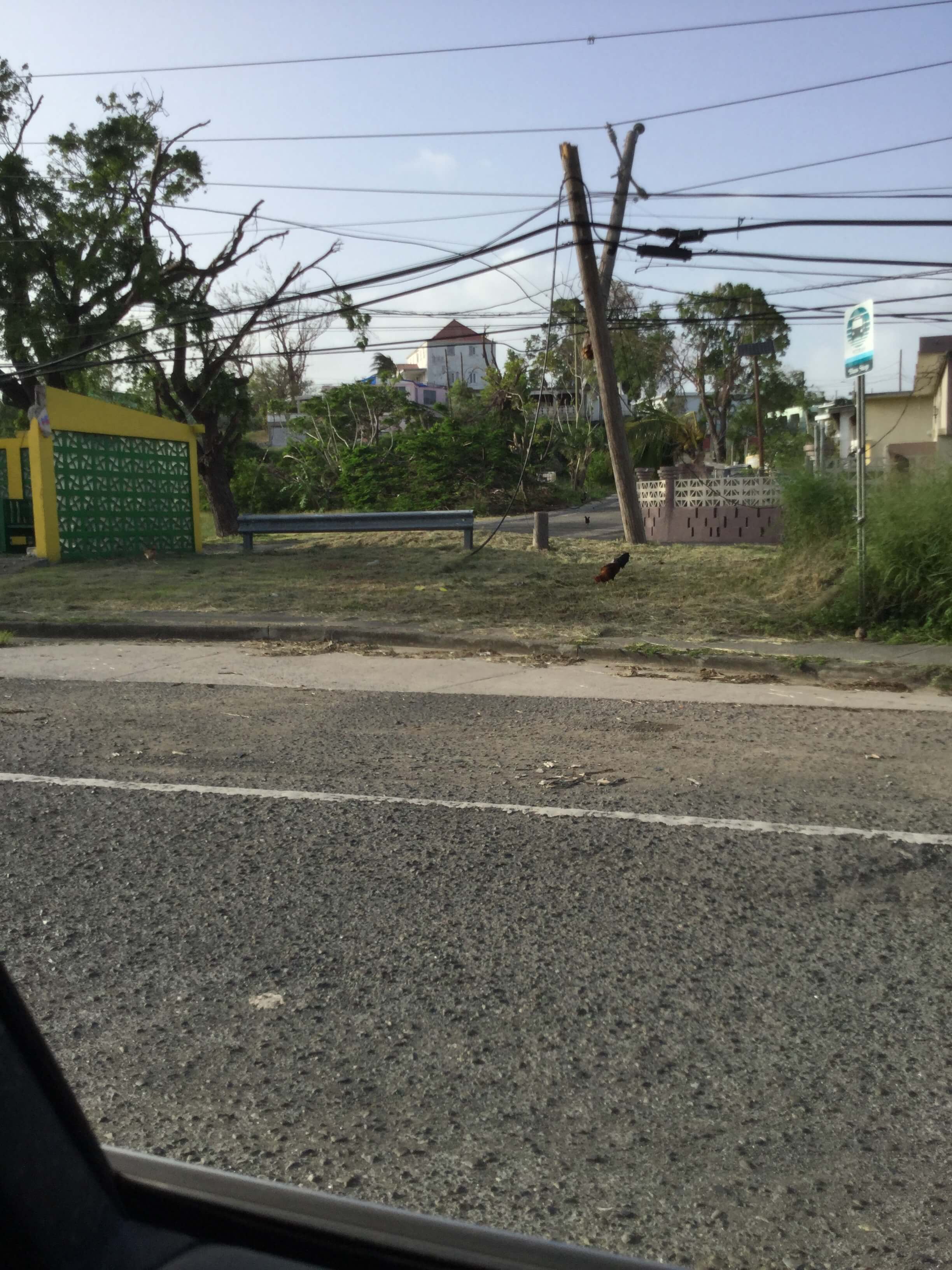 Here is a picture from before the hurricane and after. 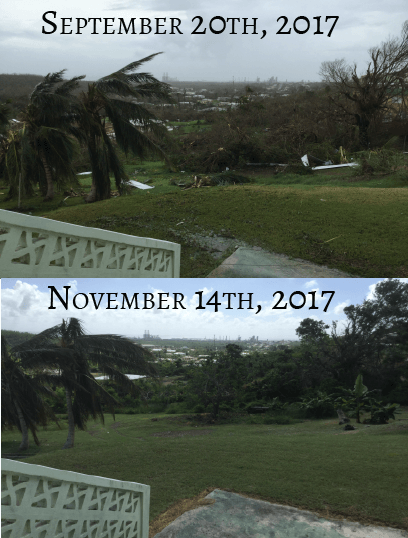 It was all brown and awful. Today – 59 days later – we are getting back to our “mossy green shoe.” We miss spending time in the ocean. It has not been safe to get in. The storms moved all the sand off the beaches so they were all rocky. We also keep having rainstorms that cause unsafe runoff to go into the ocean. Like all things here, it will take time. Patience. We are learning patience and other character-building skills. Just like the before and after picture, life will return to “normal.” Everything will be restored to as before – or better! We will enjoy this journey. We will learn from it. We will – as always – choose joy.

What questions do you have about our “Post Maria” life?