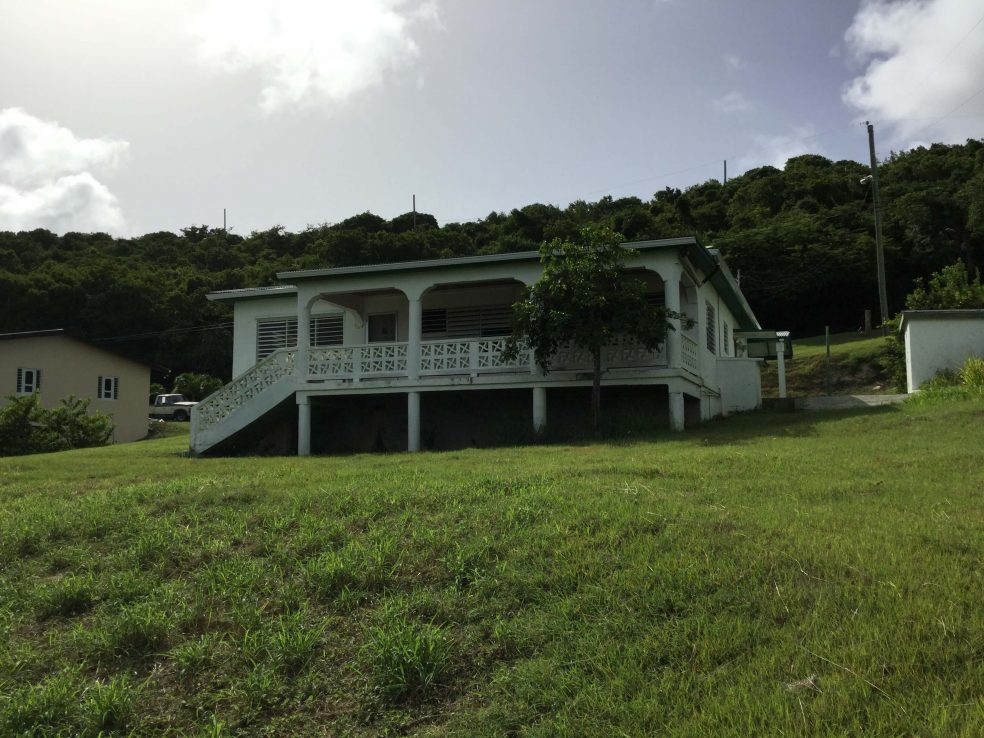 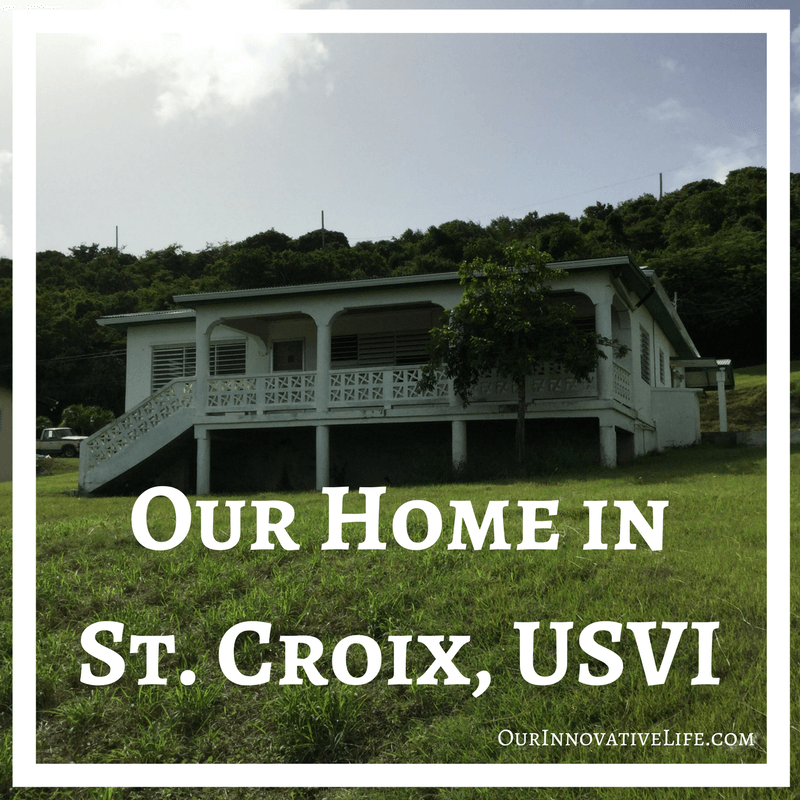 After we made the decision to move to St. Croix (which you can read about in A St. Croix Story), Stewart then visited to begin the process of finding our home in St. Croix, USVI. He went in January and you can read about his trip in his 16 WINGS TO ST. CROIX – THE HOUSE SEARCH We had spent many hours viewing possibilities online and had created a list. That Stewart took with him in January. He had a total of two days to find our home. We had decided that I would not go with him due to finances and needing to care for our boys. Yes, I trust him. I gave him a list of “deal breakers” and things I would like to have in the home. He was confident that he would find the right house.

Off he went. He saw a bunch of homes. One we really liked had a crack running down the middle of it. One of the homes we had on the list, our realtor, Chris Hanley, told him he called it “The Bulldozer Home.” By that he meant that the only thing anyone should do with that home would be to bulldoze it and start all over again.

Then Stewart visited a home that we had really loved online. He said the minute he walked in he knew it was our home. It needed some TLC. It needed to be cleaned. It had been vacant for some time. He put an offer on it. THEN he called me. I asked him if he felt right about it and he said yes. I supported him in the decision. I worked to then complete everything else we needed to move forward on the house.

After a month of closing efforts, we were owners of a home in St. Croix, USVI.

Stewart visited again with his father in April to work on the house to be ready for us to move in June. There were some things that needed immediate repair – the roof, electrical, and plumbing to name a few. So they worked from sun up until well into the night.

The following are the long-awaited pictures of our home. They are side-by-sides of before and afters. You’ll see that there are wall patches that need to be painted, windows that need to be replaced, and some other minor repairs or updates. Those will all come with time. We hope you enjoy these pictures and feel inspired to be innovative with your life! 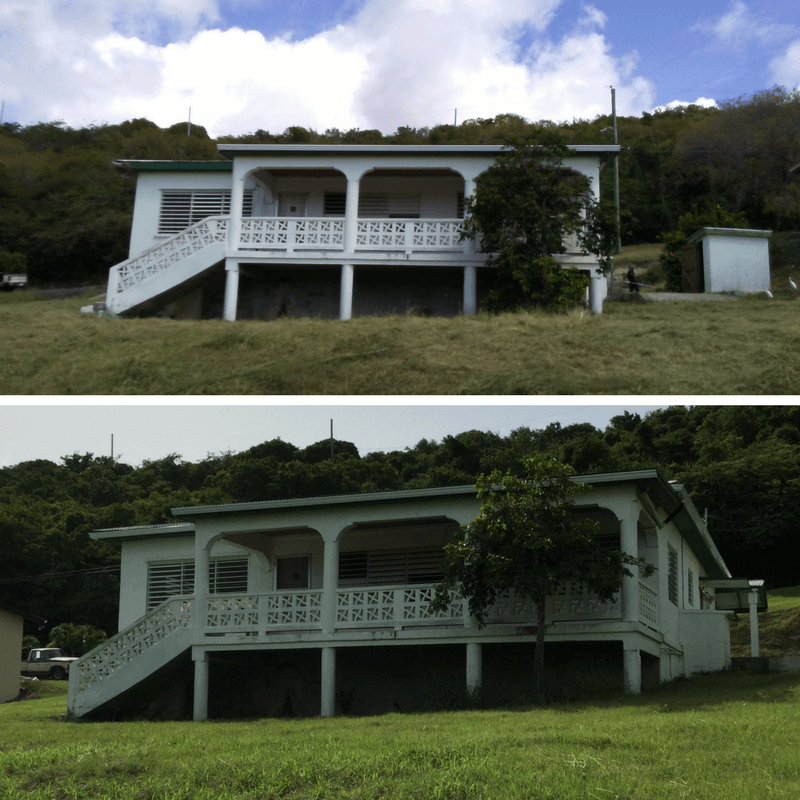 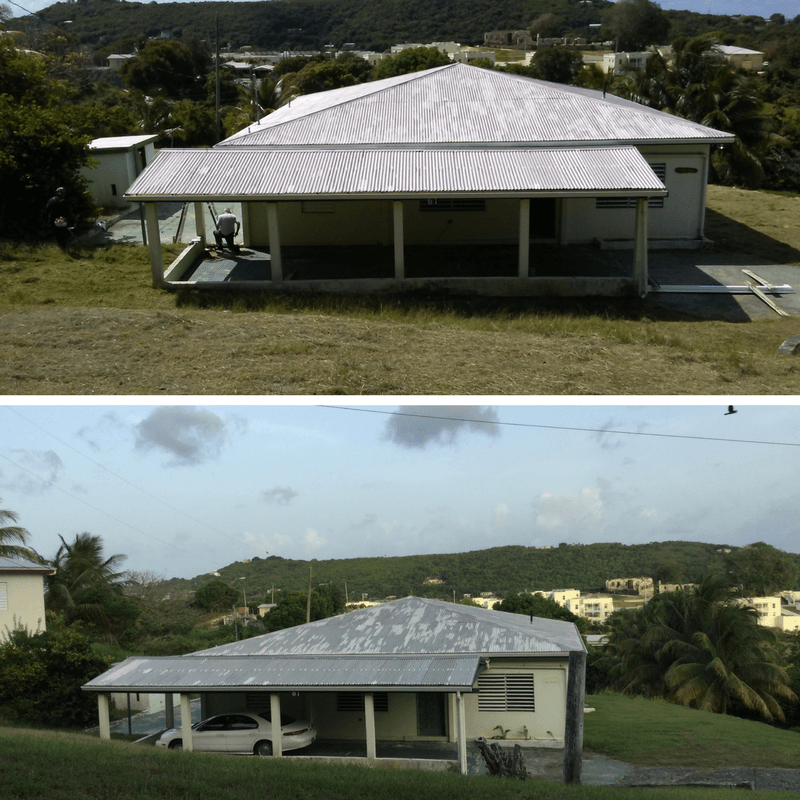 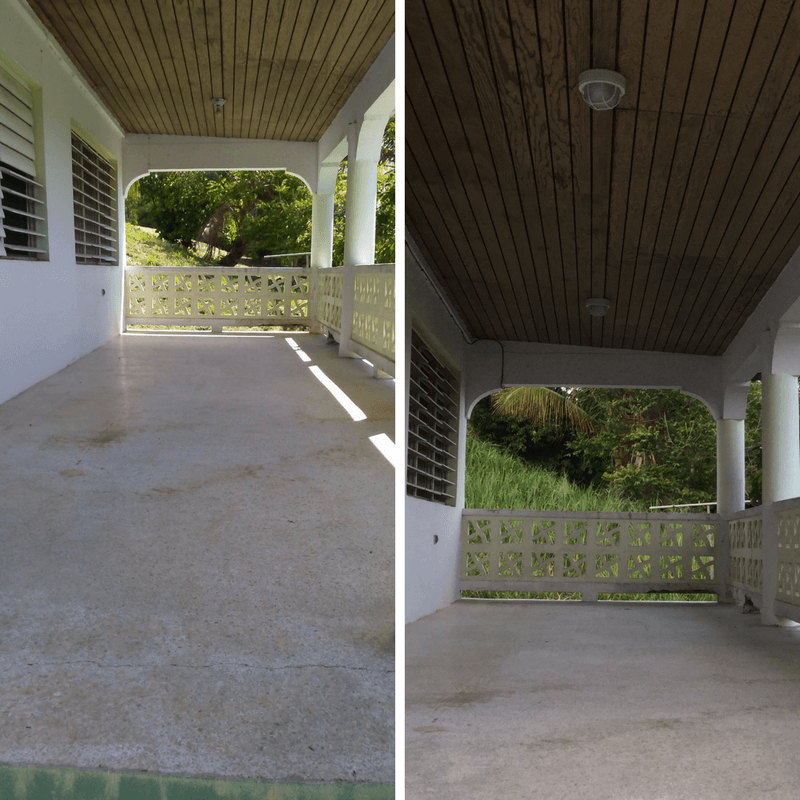 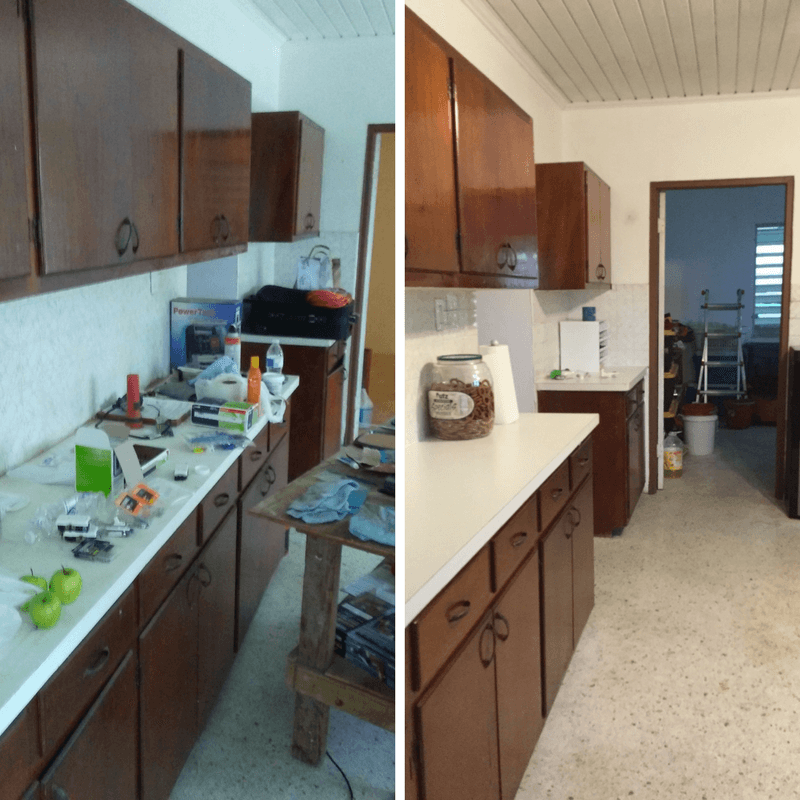 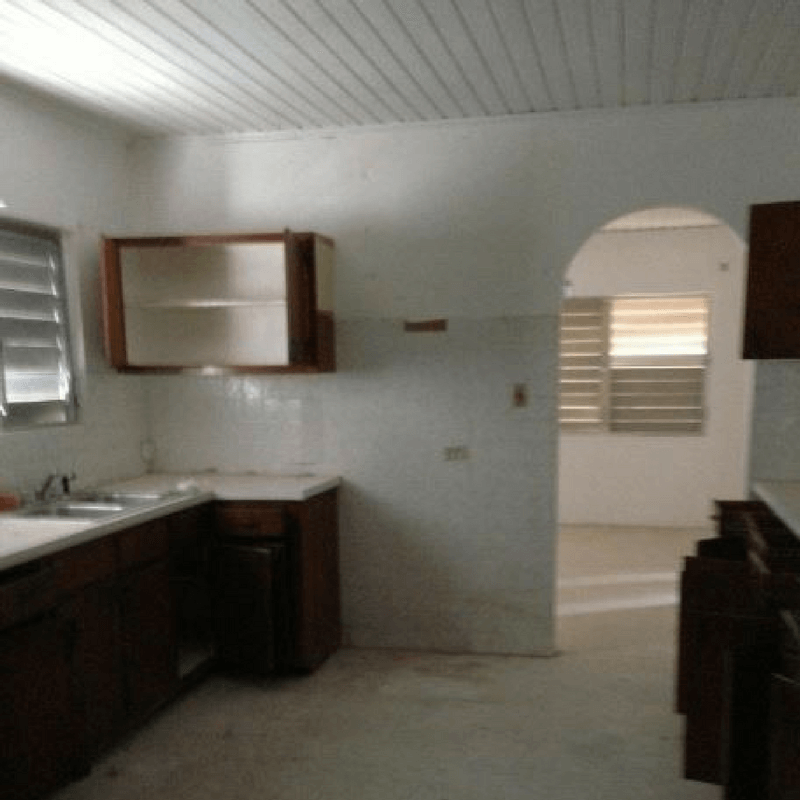 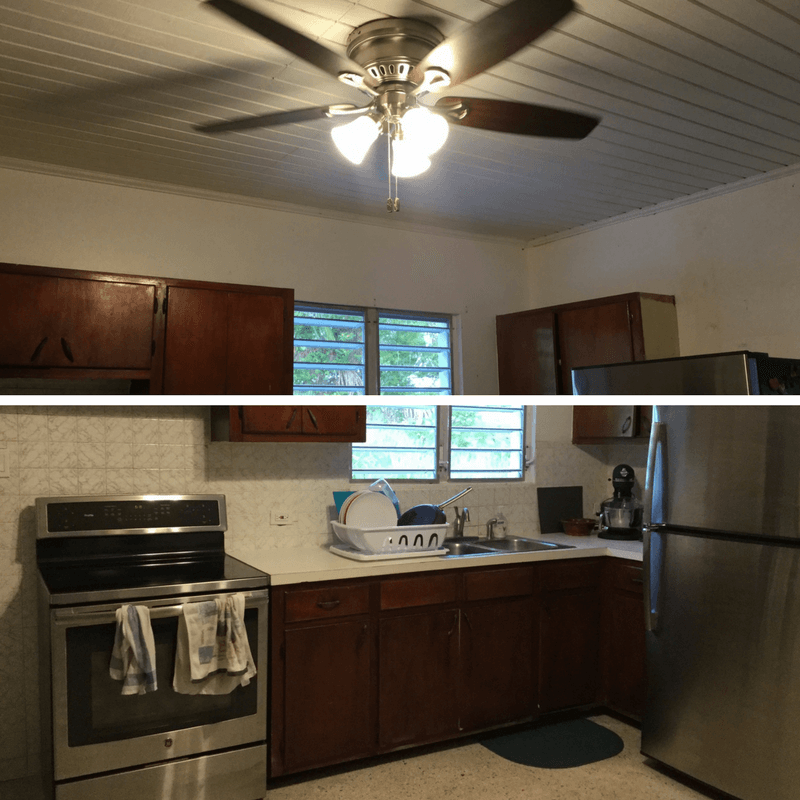 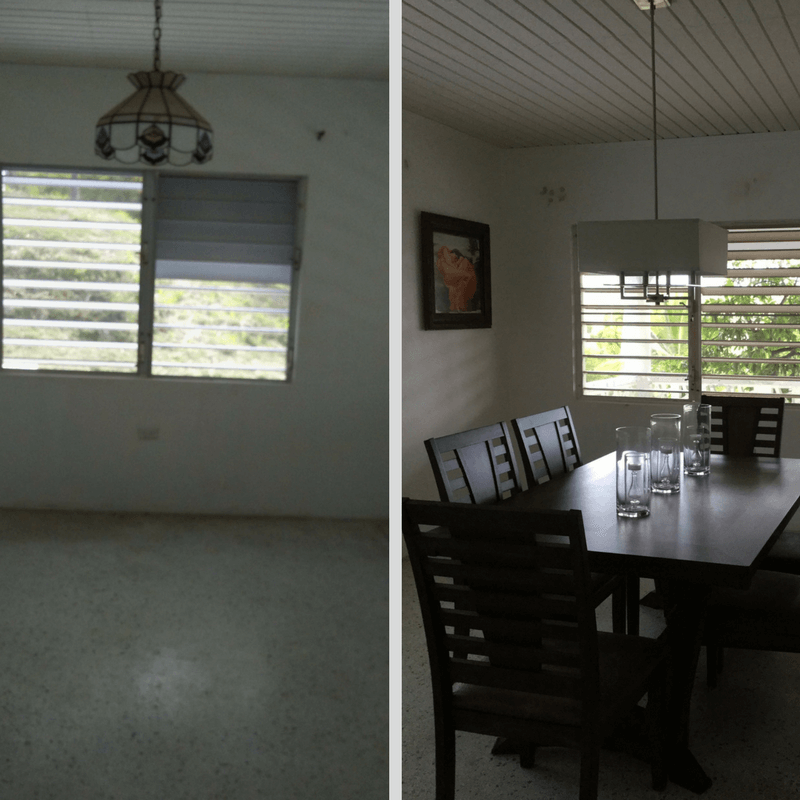 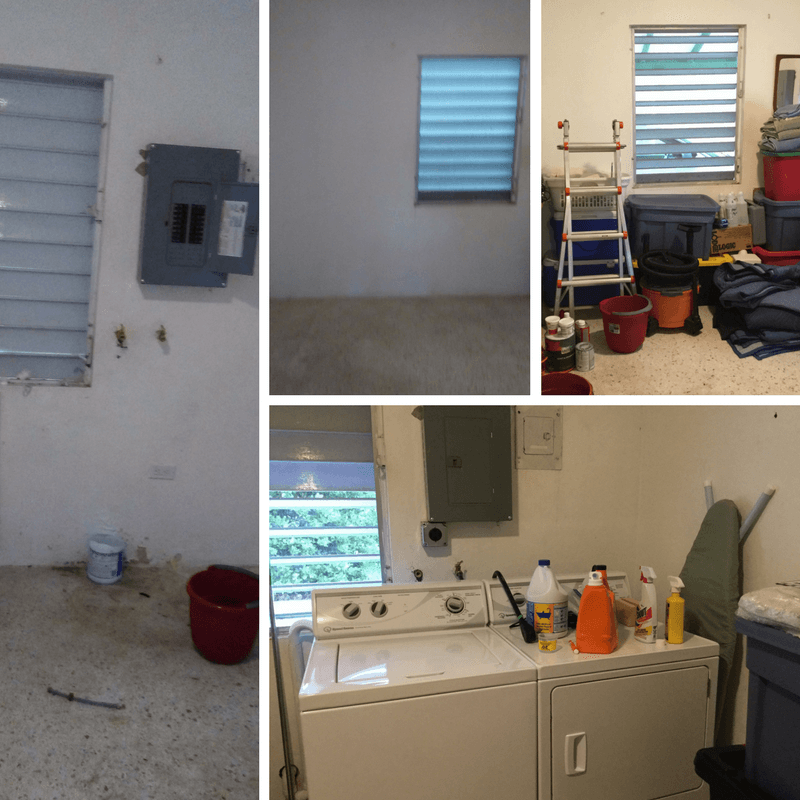 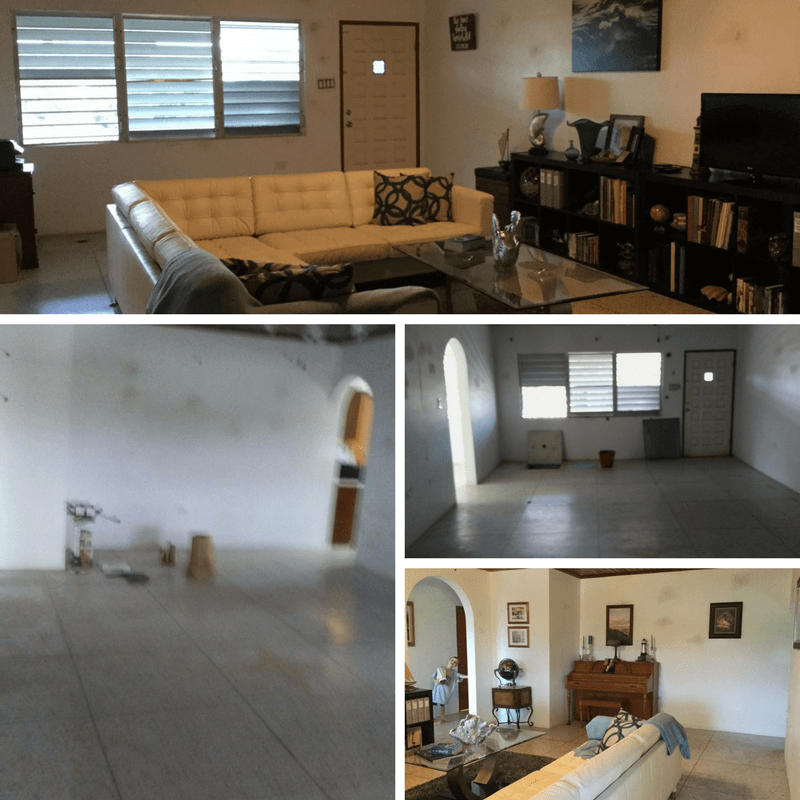 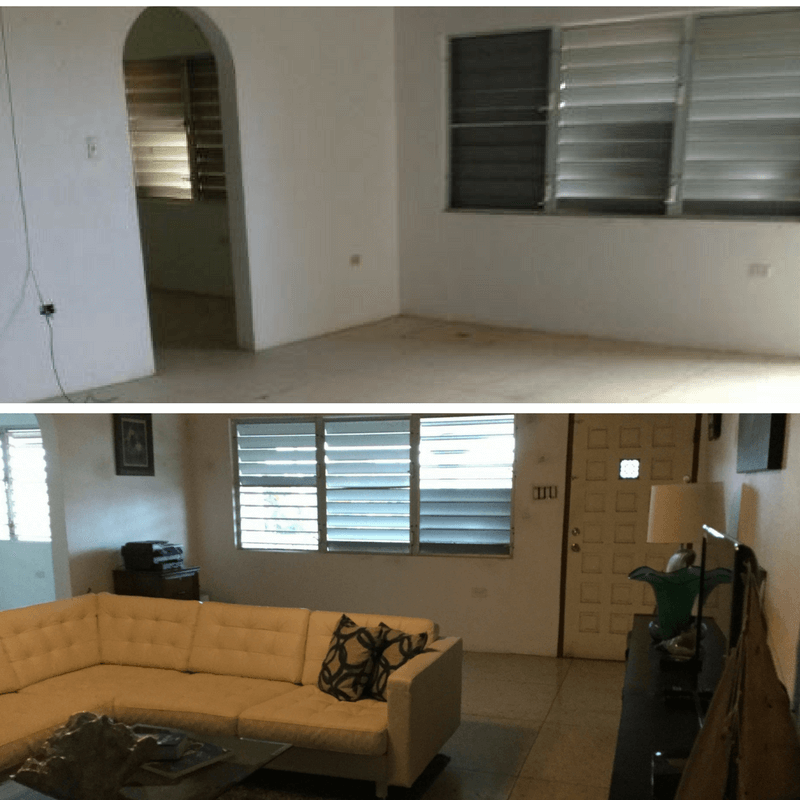 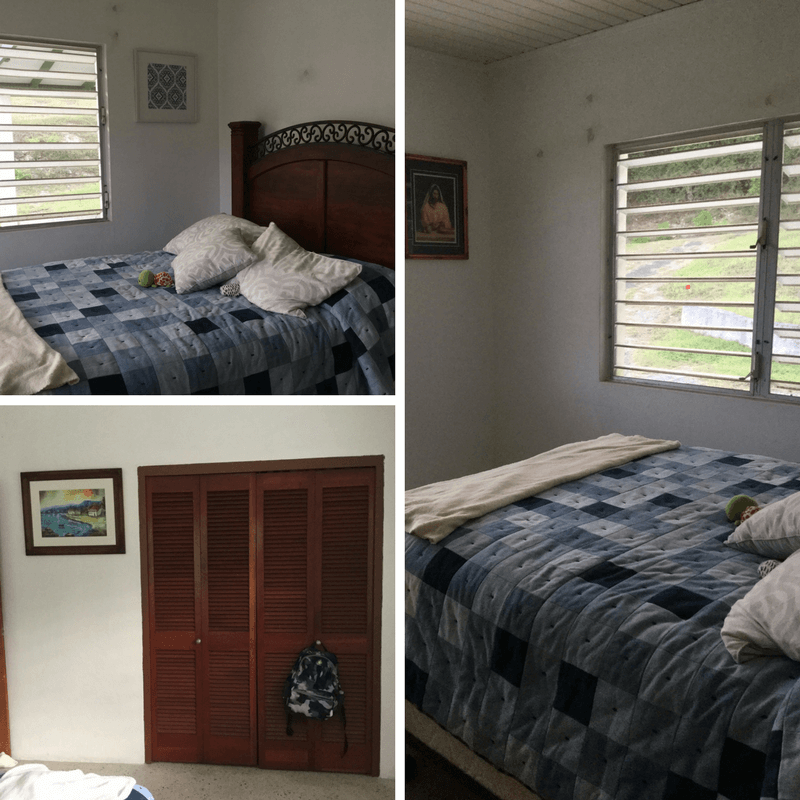 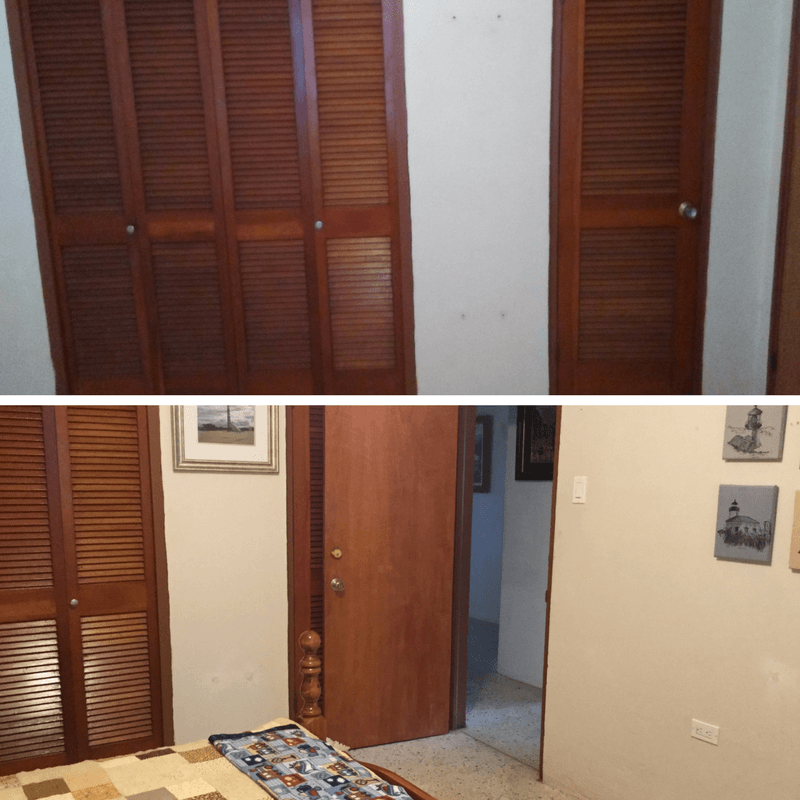 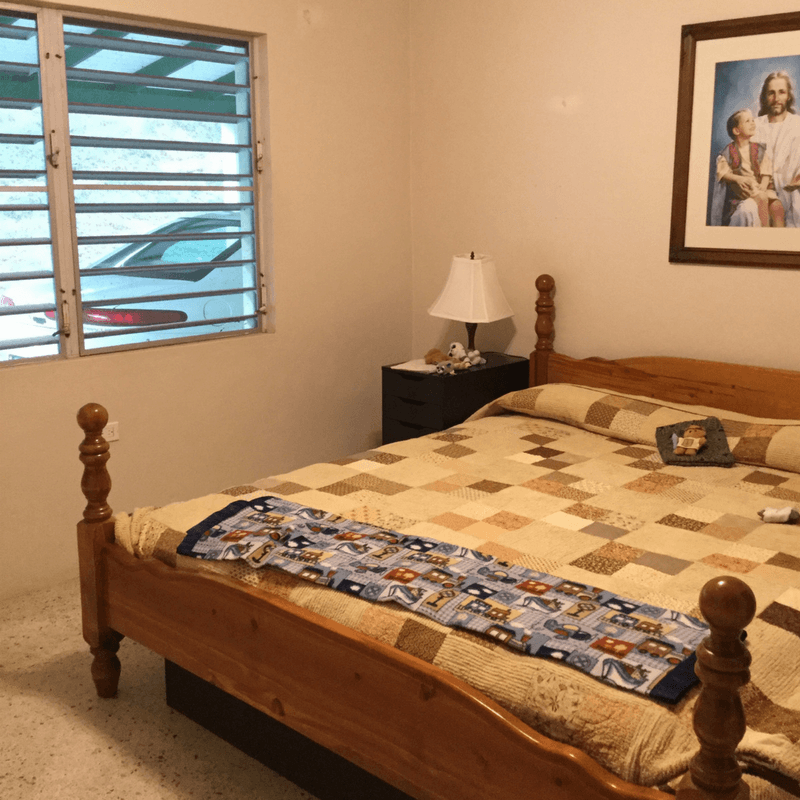 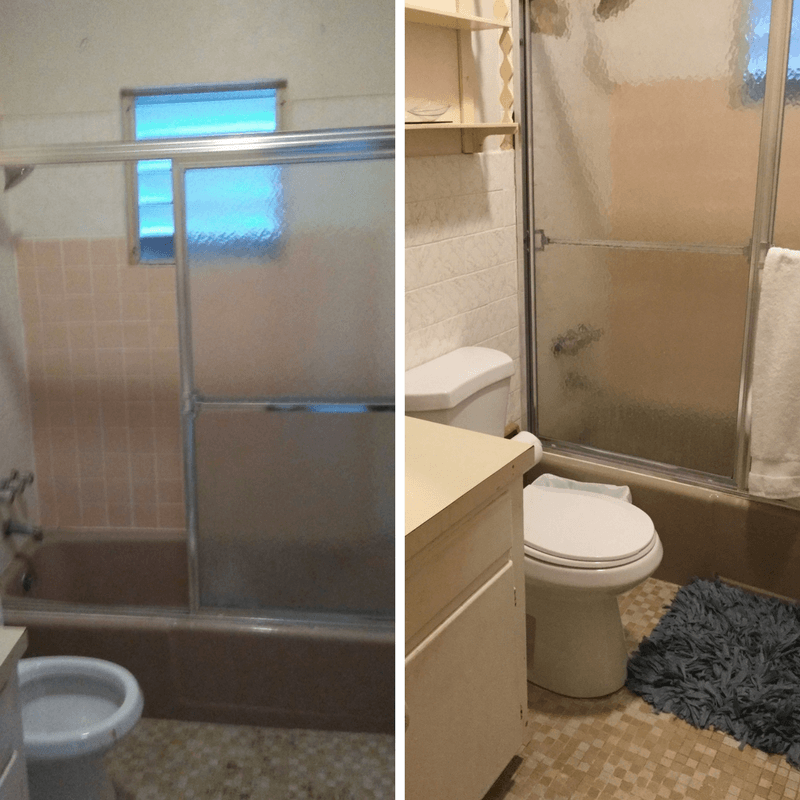 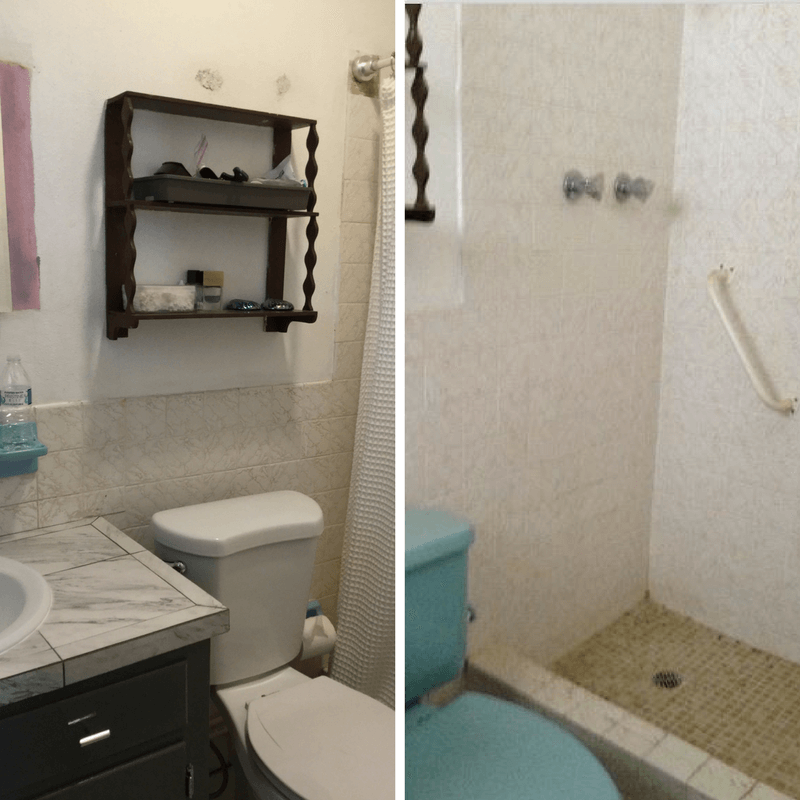 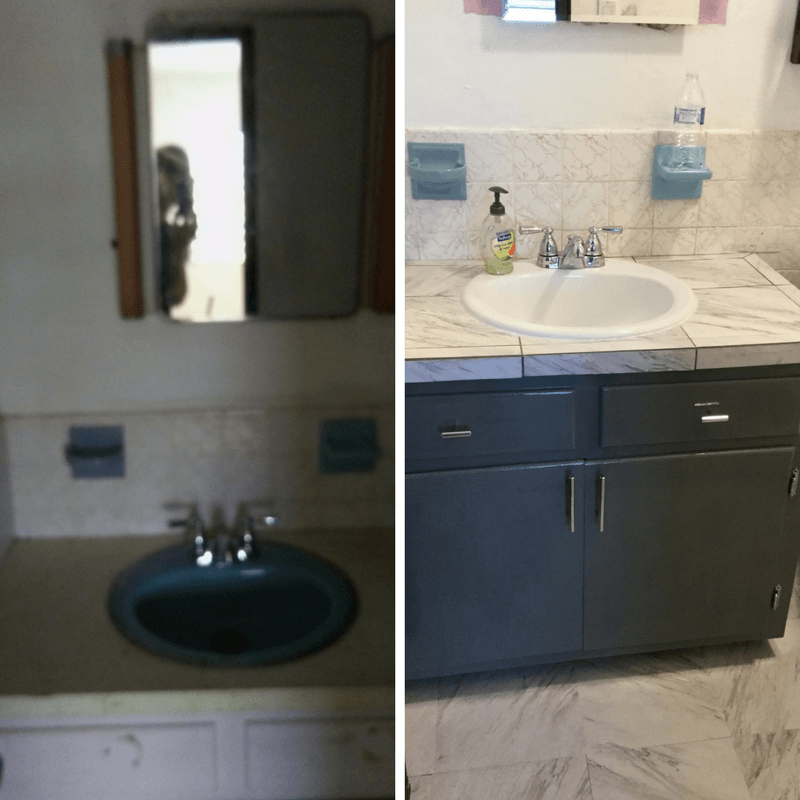 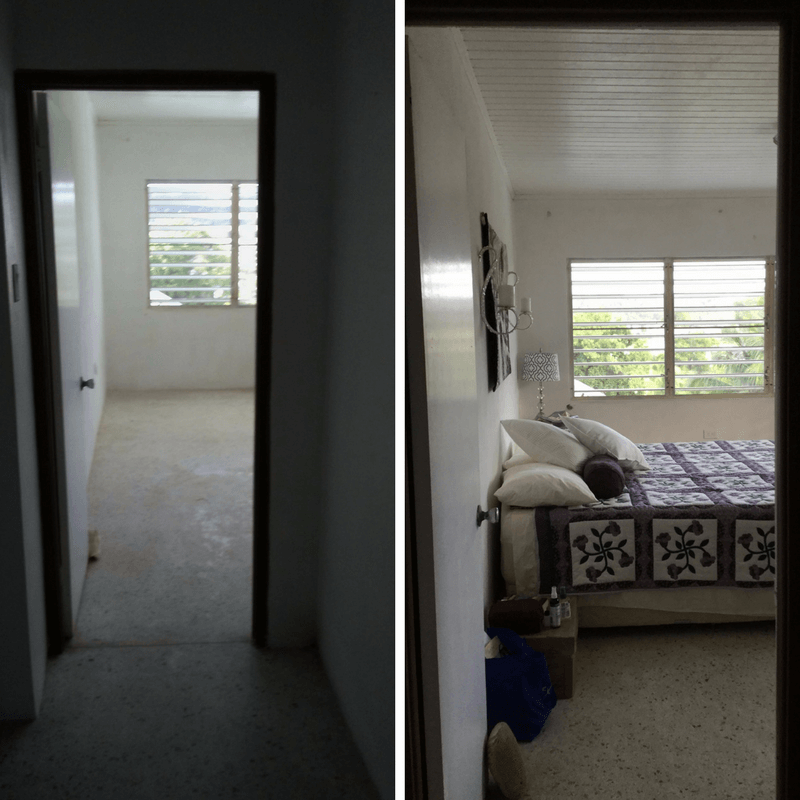 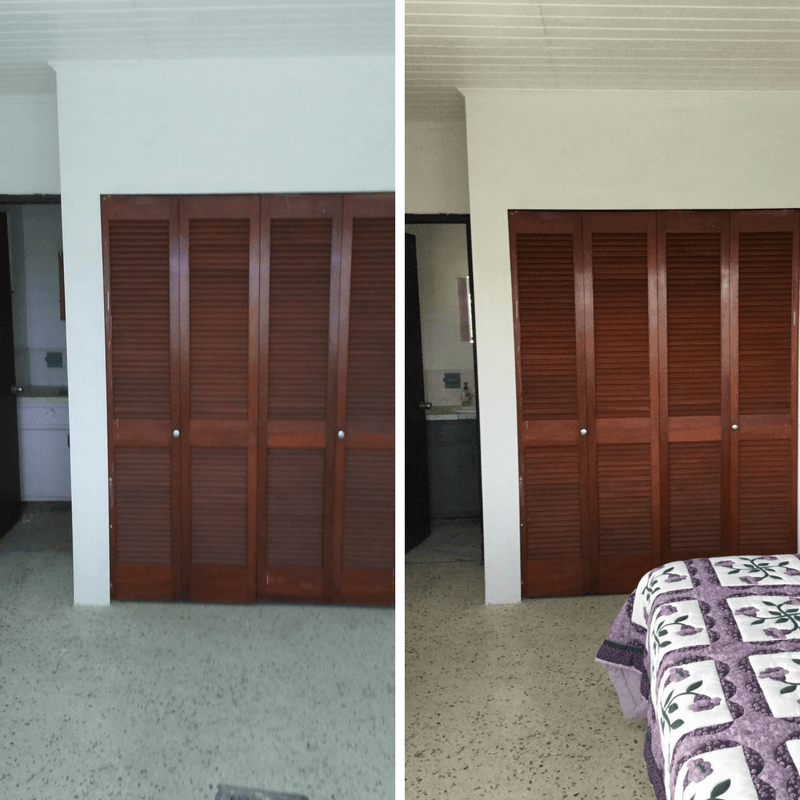 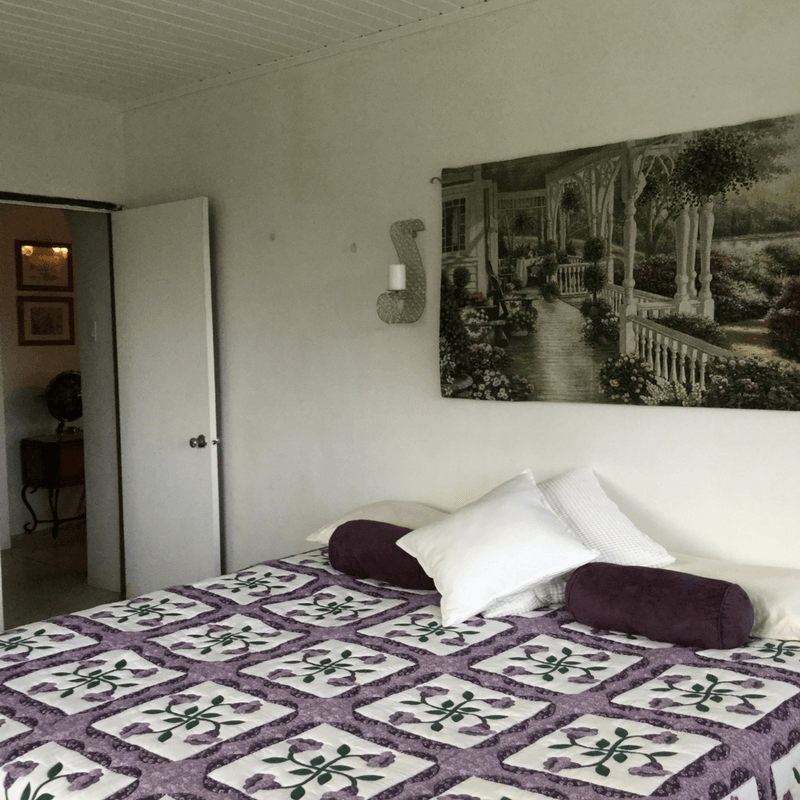 When Stewart came in April with his father, he found this paper in one of the cupboards…. 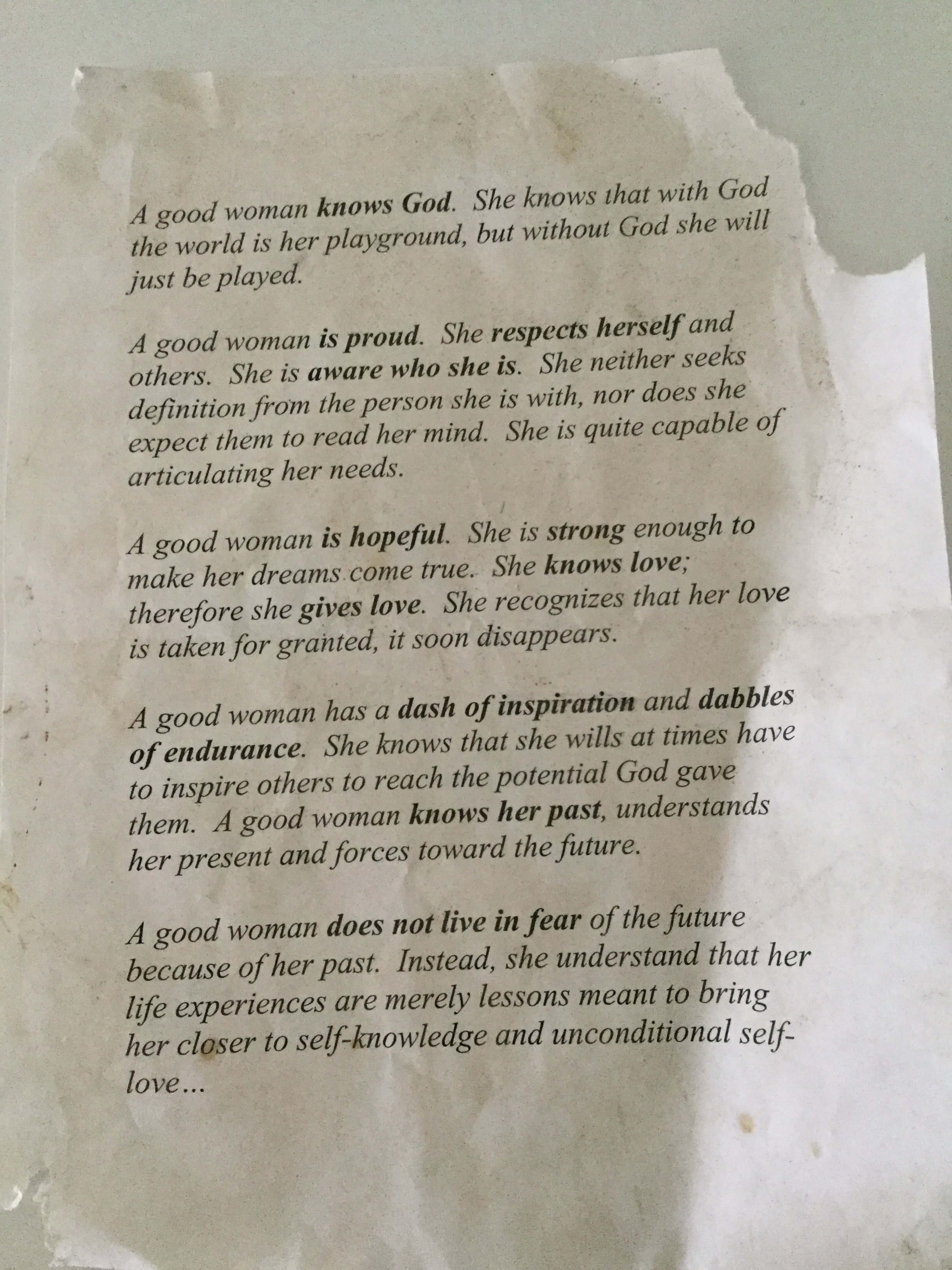 This reaffirmed to us that we are where God wants us to be. This is our home and we will work to make it the best for us. It still needs some things done and we are taking it little by little. Trying a little harder every day to be a little better.

Tell us about your home! What do you love?
What would you change? Share in a comment below!