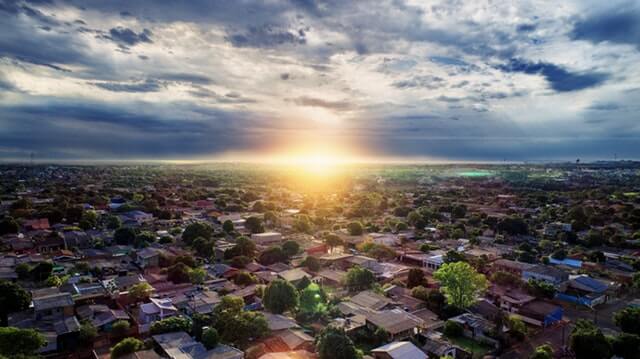 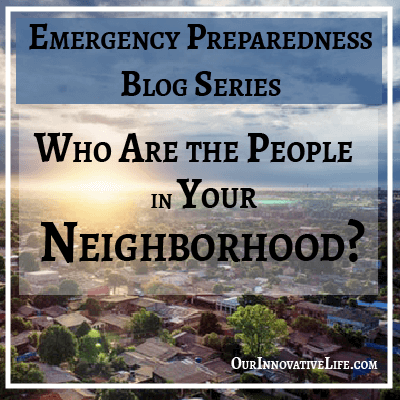 Welcome to our Emergency Preparedness Blog Series! We hope you are enjoying this series. This series has A LOT of information and we know you are getting some great ideas and asking some great questions to help you and your family be prepared for an emergency. Make sure you are following our blog (click on any of the subscribe buttons) so you get all the updates and also tell your friends and family – you want them to be prepared too!

Who are the people in your neighborhood?

Remember that song that Bob sang on Sesame Street?

How does the video have to do with emergency preparedness? It is important to know your neighbors before and after an emergency.

Who is your neighbor?

We happened to move next door to a man who is a fount of knowledge. He is in his eighties and he survived many hurricanes including Hurricane Hugo. He was willing to tell us what we needed to do and what we were doing wrong. He was impressed that we were staying for the hurricane.

What is your neighbor’s plan for the emergency?

Have you discussed your plans for an emergency with your neighbors? Do you know their plan?

We talked to both our neighbors about the impending storms. One of our neighbors was not going to be on the island for the storms and they asked us if we would be willing/able to keep an eye in their home. Of course we said yes. We knew that if we were to need to leave our own home we could go to either of our neighbor’s homes to seek shelter.

I did decide , that in the future, I would try to have some way to communicate with my neighbors, probably a walkie talkie for during and after the storm. We would then be able to check on each other.

How will you work together after the emergency is passed?

After the storms passed, our road was blocked. Even if we weren’t stuck in our homes due to a curfew, we wouldn’t have been able to go anywhere. We had one neighbor that had to get his grandmother to the hospital to go through her dialysis. We worked together as neighbors to cut down trees that were blocking the road so he could pass. It felt good to be able to work together and to offer that kind of help to a neighbor.

Also our neighbors who were not on island for the storms were some of the first to offer help and get it here. We had only known them since July and they were amazing neighbors from the moment we met.

No matter who you are and who your neighbors are, all differences are forgotten during and after an emergency. It is amazing to feel the kind of common humanity that happens when you have such a unique shared experience.

What do you know and love about your neighbors?