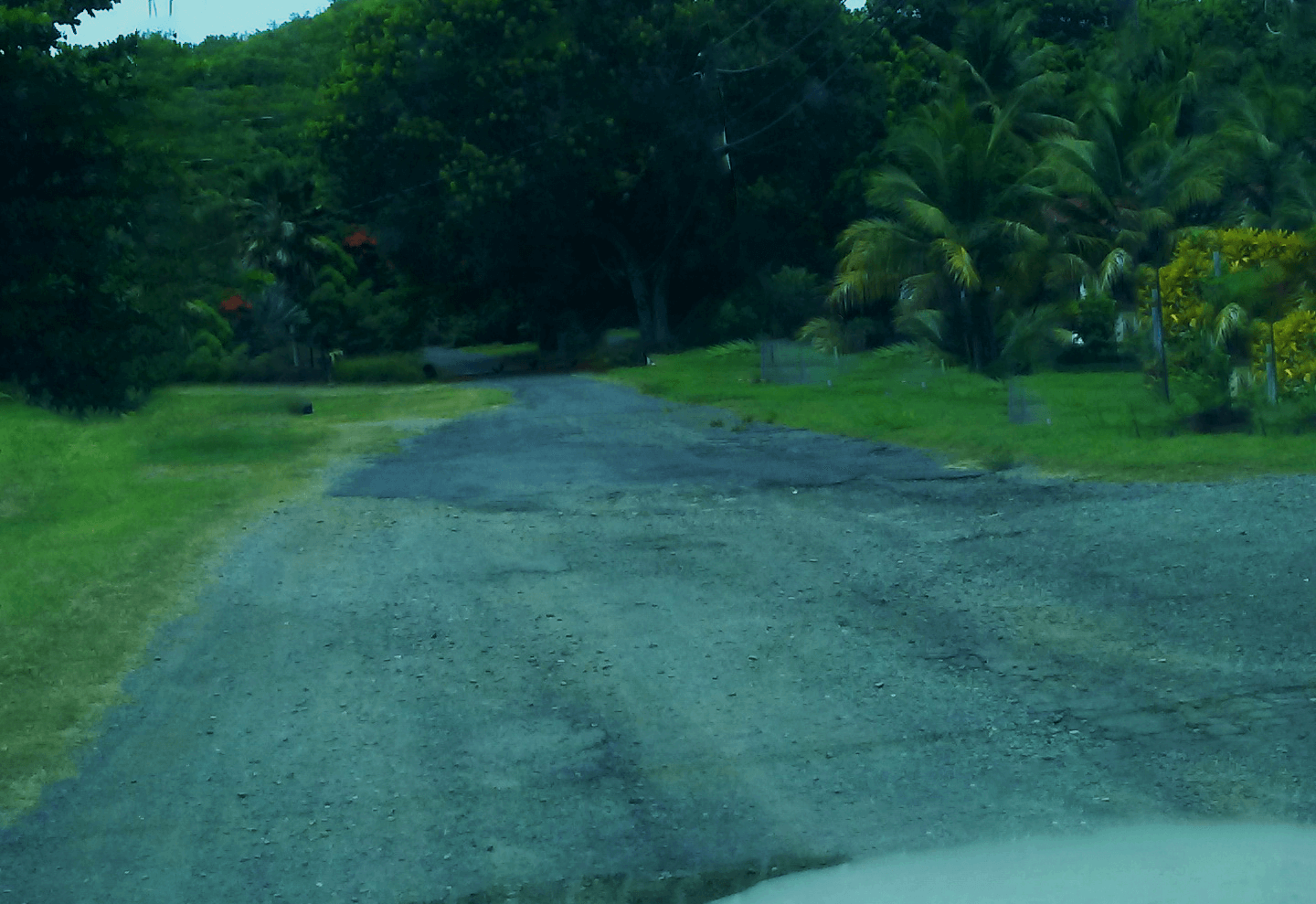 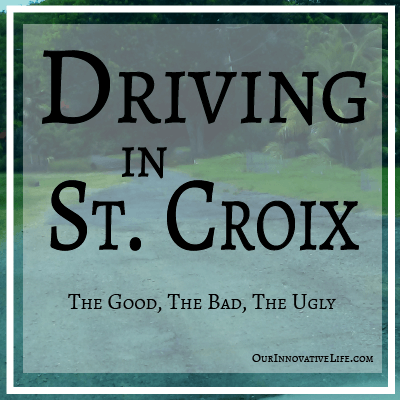 We have briefly talked before about driving in St. Croix. It has its known quirks – driving on the left-hand side, lower speed limits, and winding roads. However, today was my first experience driving in St. Croix for an extended amount of time – by myself.

Here in St. Croix people honk all the time. They don’t honk like they honk on the mainland – to let other drivers know they are angry or frustrated. The honks are usually a courtesy. Here they honk to let you know that you can turn first. They honk to say “Thank you!” or “Good Morning!” They honk just to honk. It is charming in its own way. I am learning how to honk too. A lot of the time I end up waving and shouting and then trying to push down on my horn only to find that I can’t do that AND turn the steering wheel at the same time. It is kind of like walking and chewing gum at the same time (which, incidentally, I have never really had a problem with so I never really understood that idiom)… never the less, trying to do all of those things at once can get you in a lot of trouble. They will also often just flash their lights at you to let you know you can go first. I do love feeling like people are really watching out for you and are paying attention to each other.

St. Croix is covered in a network of twisting and winding roads. Some lead from one end of the island to the other. Others may lead you in a circle. Today I decided to try a new road and thought I’d try the GPS. I had some good laughs today with the GPS. I was just driving along when she (as a side note…I don’t really care for the Google Maps voice – she sounds a bit condescending) says “In 20 feet turn right” well…I look ahead about 20 feet and see a giant area of jungle. Nope not going to turn right….sorry. I just laughed and kept driving. I eventually got to where I was going. I experienced that one more time today where the GPS said to turn and it was into the jungle. Just made me laugh and love my little rock where there are quirks like the GPS telling you to turn into the jungle where there is no road.

I live on an island….I get that. I understand there is a lot to go into road maintenance, especially when there is A LOT of water and erosion. There are just some places that it is a little bit ridiculous. Today I was driving on a particularly gnarly road that happens to be by the Gallows Bay Hardware store. First you have to traverse a GIANT pot hole at a 4-way stop. When I say GIANT…I mean….imagine (for those who have not experienced this particular pot hole – for those who have….you know I’m not exaggerating) a roughly 4’ by 5’ space of road that is about 3 to 4 inches deep. My little Mercury Sable (which isn’t actually little – it’s a grandma car) has a really hard time making it over that crater! We DID make it…no thanks to my continuous praying and mad driving skills.

I then made the mistake of going to another part of town. I was on a search for butane tanks (which is another post entirely) and I was told that I might find them at this other place. Unfortunately I had to drive on perhaps THE worst road in Christiansted. I specify “in Christiansted” because I cannot begin to speak about the horrible condition of the west-end roads. Anyway, this road in Christiansted looks like it was made for the Mars Land Rover! I’m not even sure you could actually even call it a road. Perhaps we should just say “crater-pocked through-way.” I wanted to get a picture but there were other cars behind me and I really just wanted to get away from that road. I know there are some that have to brave that road every day as they live near and I weep for them. Yes, it is that bad. Even after going on the bad road I didn’t even find the butane!!! Ugh!

I am learning that there are certain roads you avoid – or maybe just we avoid until we get a car that has a different suspension system. Either way, I love the simple idiosyncrasies that are found here in St. Croix!

Have you ever driven on a horrible road?
Tell us about it in a comment below!

Hello and WELCOME! We are Stewart & Sarah and we hope to inspire you to be innovative with your own life. We got tired of the life that we were leading so we sold our house, Stewart quit his job, and we moved our family of four 3,158 miles from Utah to St. Croix, USVI. When the Covid19 pandemic hit, we had to innovate again and moved 3,858 miles back to the mainland and lived in Tillamook, Oregon for almost 2 years! Then change reared its head again and we made another change and moved to Cedar City, UT. We hope you are inspired to innovate your own life by following our crazy adventures!