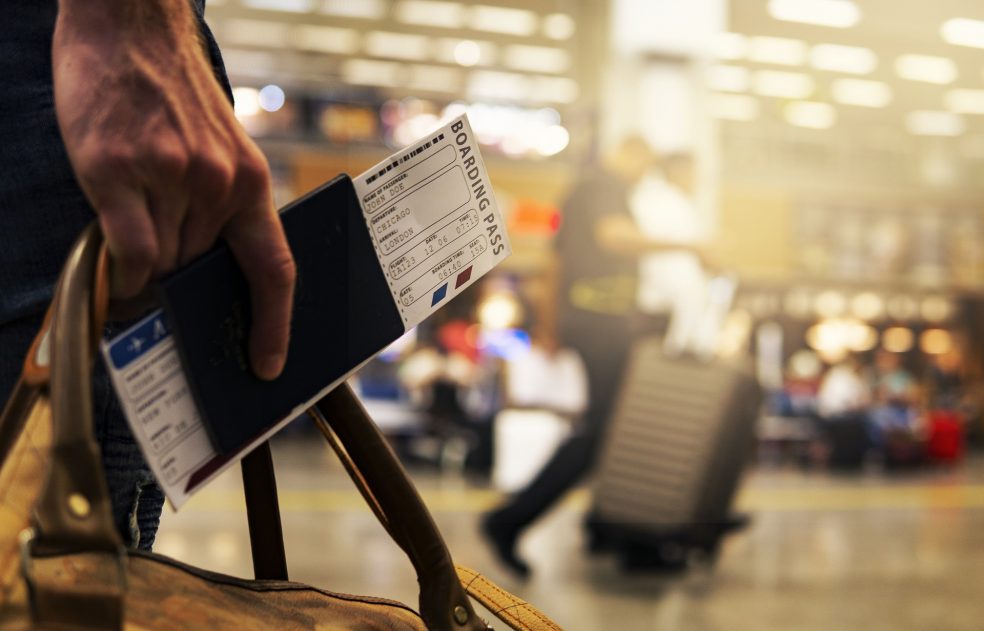 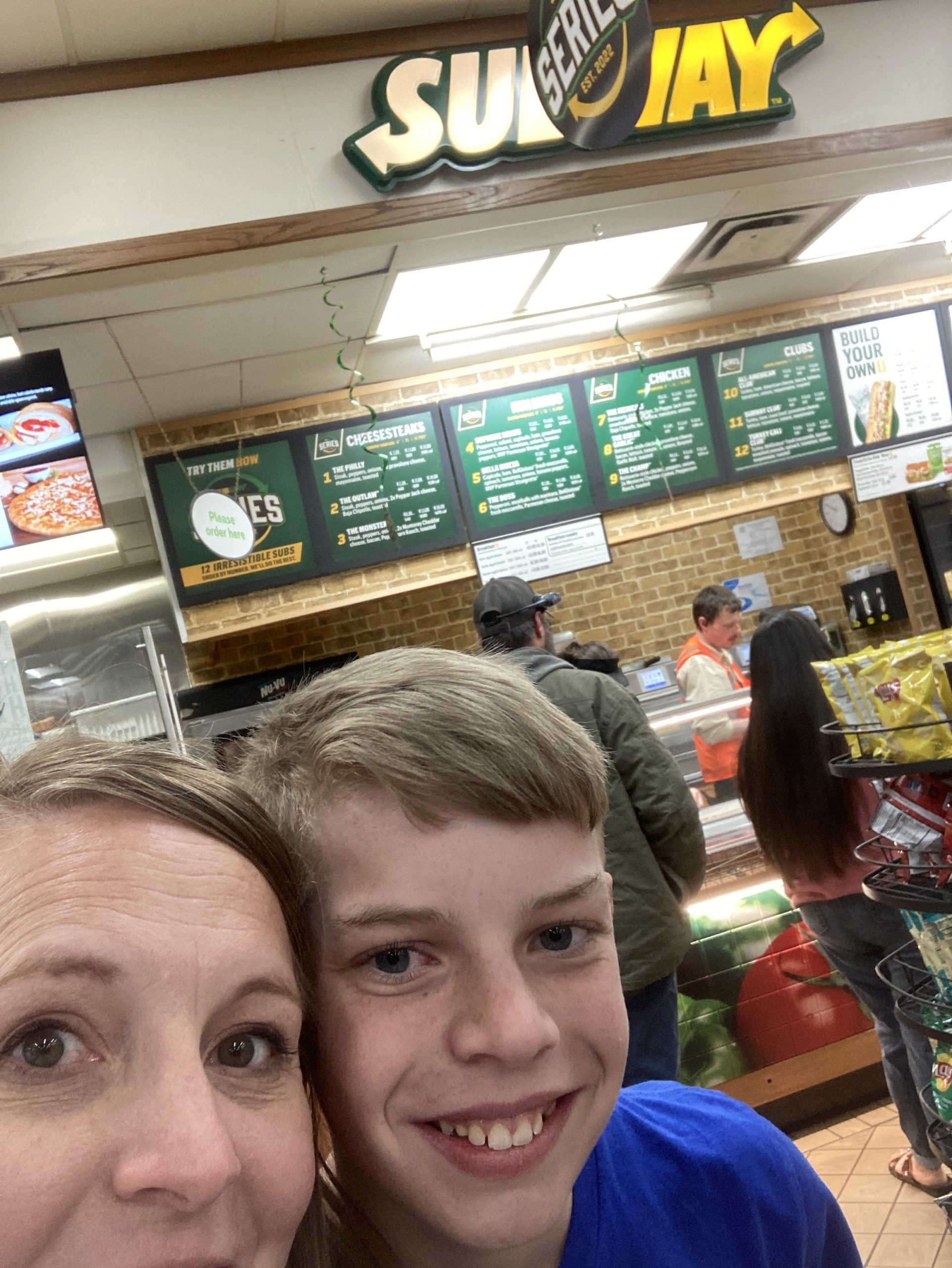 This was us for our very classy Christmas Dinner. Read on to learn the whole story that will go down in infamy as the worst Christmas ever!

Back in January of 2022 we took a family vacation to Las Vegas. While there, we attended a presentation and purchased a certificate for a Mexico trip for $5,000. It was for a 7-night stay at an all-inclusive resort of our choosing. It was also on this trip to Las Vegas, that we were inspired to make a move with our family from our then-current home in Oregon to Utah. Fast forward to October 2022, and we were feeling a little settled after moving in June and we decided that we needed to book our Mexico vacation before January 2023 and decided (due to the nature of our jobs) Christmas would be the best time for our family to take the vacation. So we booked the trip. It cost an additional $1,500 to book with fees for a total of about $6,500 for the resort stay. This year has been very challenging with the move, job changes, and our children getting used to a new location and new schools. We were VERY much looking forward to our trip over Christmas.

On December 24th, we loaded up and drove 3 hours to Las Vegas (our closest airport) to catch our flight that was leaving at 11:59pm. Our flight was taking us to Dallas, Texas where we would have a 9 hour layover until our second flight that would take us to Cancun at 2:00pm. In order to avoid having to sit with our children in the airport for that long time, we booked a hotel room at the Grand Hyatt. We arrived at 4:30am and were able to catch some sleep until our check out time at noon. On Christmas morning, we checked out and headed to our departure gate. When we got there, we learned that our plane had not arrived yet and had been delayed. We sat there until about 3:00pm (Dallas time) with intermittent updates that our flight had still been delayed. Finally the plane arrived and we were allowed to board. We were then told that we needed to sit on the plane while they worked out a “discrepancy” with the plane that had apparently been sitting at the airport all night. We were then informed (around 4:00pm - 2 hours AFTER departure time) that we were waiting to hear from customs whether we were going to be able to go. At about 4:30pm the captain (I think) told us that they had gotten word that the flight would not be able to have enough time to clear customs and return to the US and therefore the flight was being canceled.

We were then told to gather our belongings and return to the Spirit Airlines ticketing counter to see what could be done. After waiting in an extremely long line (because our’s was not the only flight that had been canceled), we were told that the two options that were being offered were that we could request a refund or they could re-book us for a flight that would be leaving on Wednesday - 3 days later than expected. We also learned that the Wednesday flight would have long layovers that wouldn’t actually get us to Cancun until Thursday. We were left with options that weren’t options. What would be the point of waiting until Thursday to then only spend 3 days of our 7-DAY vacation to then just turn around and come home? When we complained that neither of those options were acceptable, we were told that we could reach out to customer service. I asked for the number and every time I called it would send me in a circle with a notification that said “we’re sorry, it seems there is an error with our chat system - we’re redirecting you to our voice system” - I wasn’t even trying to use the chat system!
It was EXTREMELY frustrating to be told that there were no options for us. We asked if there were any Spirit flights going out of other airports that we could try to get to? We were told by Imani, the ticket counter agent, that she was not able to book flights out of other airports. We asked about other airlines and she said she was not able to book flights or even check on other airlines. A quick Google search showed me that our options were all flights that cost upwards of $1,200 per person to have the same outcome of not flying out until Wednesday morning and arriving on Thursday. This is one of - if not THE busiest travel weekends of the year and we were being told “Sorry - you’ll have to figure it out”. When we asked if Spirit would be covering hotel charges for the time until a flight COULD be arranged, we were told no.

So, we were stranded in Dallas. We didn’t have a way to return home. We didn’t have a way to get to Cancun. We didn’t have a hotel. It was CHRISTMAS DAY!!! Our children were crying because we didn’t have a Christmas. THIS trip was it! It was ALL paid for! At this point, ANYTHING we chose to do would be an additional cost for which we had not budgeted. Spirit Airlines seemed to be operating on the assumption that all their customers have unlimited time and money! HA! We are certainly NOT those people. That is WHY we were flying Spirit!
We determined that our best course of action was to see if we could rent a car and drive back to Las Vegas where we had parked our car and return home. This was the most cost-effective option for us. We could spend $300 on a rental car and another $200 on gas and hopefully make it home before we wasted any more of our precious time off.

We were able to rent a car and began our journey at 7:30pm from Dallas, Texas to drive nearly 1,300 miles back to Las Vegas. There were two of us who could drive and we would take turns driving to allow us to get home quickly and not incur any more cost for this trip.
We stopped for gas and a “very glamorous” Christmas dinner from the gas station Subway. They were out of bread - of course - and we had some Subway Christmas wrap sandwiches for dinner. ***See above picture***
We spent 20 hours driving straight through to get home. We lost our vacation time to rest and relax. We lost our family memories that were to be made on this trip. We now get to try and pick up the pieces of our disappointment and try and make the best of a really sad situation.

Spirit Airlines does not empower their employees to be able to make these really hard situations right. I felt really bad for those employees trying to work those ticket counters. Spirit Airlines made very little effort to make it right for the customer. They don’t seem to care about their customers at all. From the employee not being able to offer help to a customer service line that just sends you in circles. I would love to hear a happy ending to our story but I’m just not sure that Spirit Airlines even cares. They have certainly lost a previously VERY loyal customer.
How was your Christmas?? Tell us about all the wonderful and magical things you were able to do! We need it!

Hello and WELCOME! We are Stewart & Sarah and we hope to inspire you to be innovative with your own life. We got tired of the life that we were leading so we sold our house, Stewart quit his job, and we moved our family of four 3,158 miles from Utah to St. Croix, USVI. When the Covid19 pandemic hit, we had to innovate again and moved 3,858 miles back to the mainland and lived in Tillamook, Oregon for almost 2 years! Then change reared its head again and we made another change and moved to Cedar City, UT. We hope you are inspired to innovate your own life by following our crazy adventures!