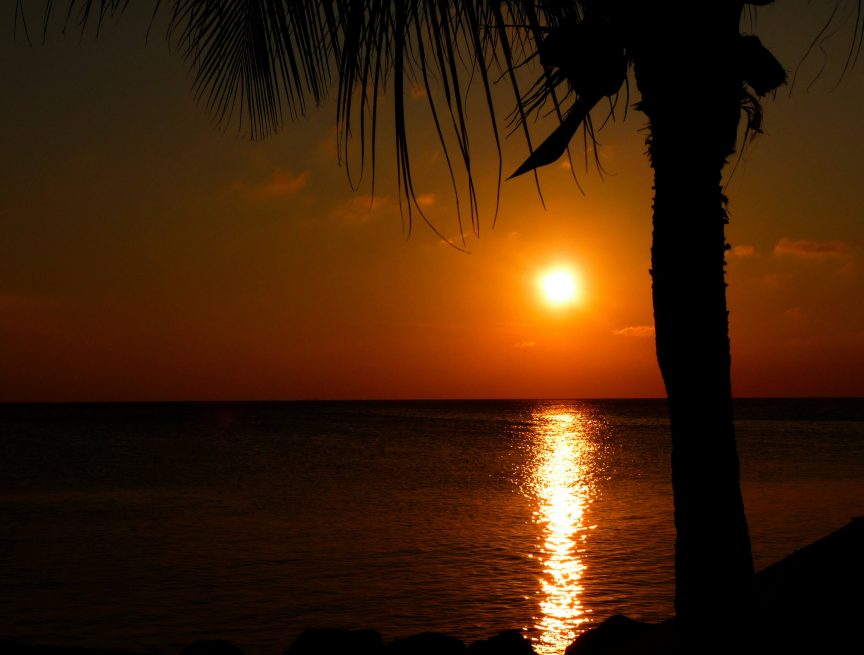 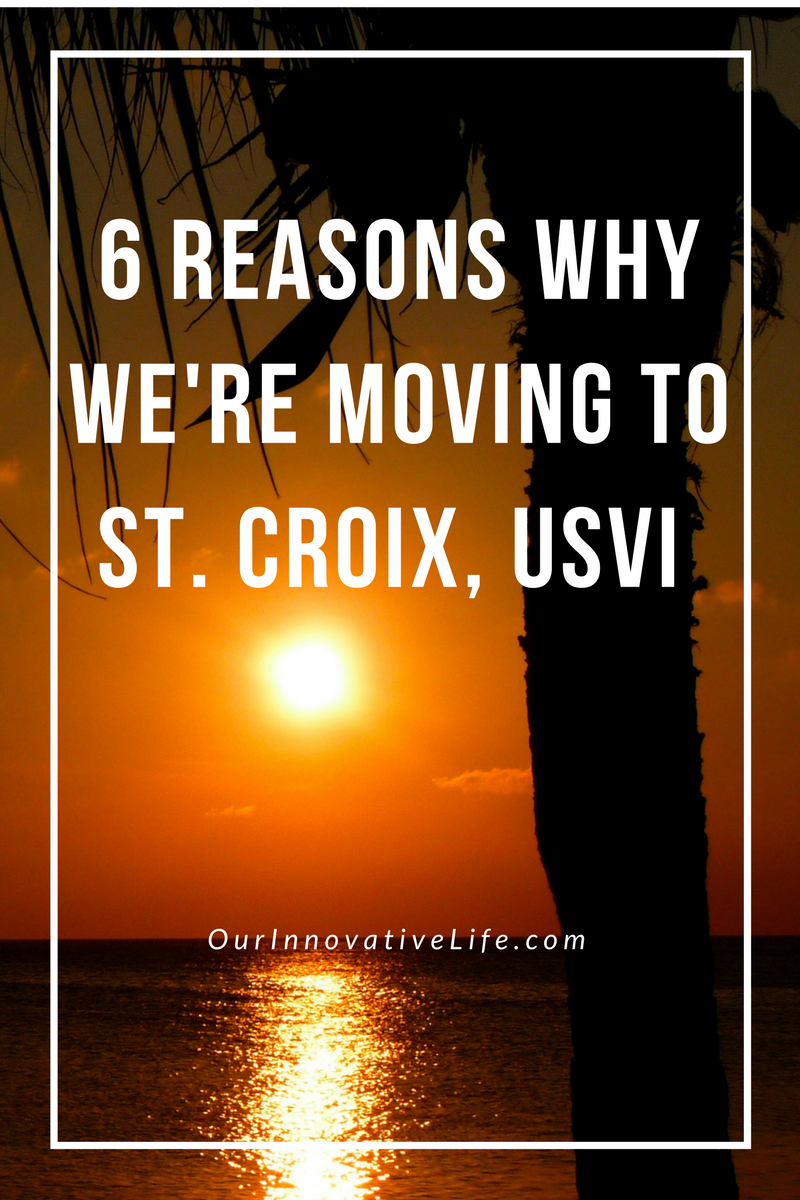 Of all the places in all the world… St. Croix, USVI?

ME: St. Croix it’s in the Virgin Islands. (silent blinking and looks of surprise)

FRIEND: You are either really cool, or crazy. I can’t decide.

ME: I would like to think that I am both cool and a little crazy.

FRIEND: Why? What made you choose St. Croix? Of all the places in the world, why there?

Once we’ve gotten past the “you’re crazy” moment of this discussion, inevitably we land on this final question: “Why St. Croix?” I will now attempt to lay out our rationale and the reasoning beyond this move to the many inquiring minds!

6 Reasons – in no particular order

My dear wife Sarah was out for the evening fulfilling a church responsibility leaving me at home with our two sleeping children. Usually I read or go to sleep myself. However on this particular night I wandered down to the basement and decided to tap the vastness of NETFLIX. I don’t watch a lot of television so this truly was a rarity. I happened upon a show entitled “Half Priced Paradise” on HGTV. Intrigued I watched an episode or two – alright maybe three. It was fascinating! The entire premise is people moving from very expensive places to less expensive places that suit them better. For example, I watched an episode where a couple moved from New Jersey to South Florida and halved their cost of living. After watching three episodes I began the Google search of “cheapest places to live” I looked at Texas, Georgia, Ohio, and many other places. Incidentally, the US Virgin Islands (including St. Croix) are not on that list. After a few days of this list, I decided randomly to check the real estate market on St. Thomas (I have visited St.Thomas once while on a cruise). Due to the economic crisis of 2008, (which hit the USVI about two years later than the mainland) the housing market offered some very reasonable prices on some great homes. That clinched it. Sarah and I decided that if we could live without a mortgage payment on a house, I could work anywhere and make enough to live on. We bounced back and forth between St. Thomas and St. Croix and ultimately decided St. Croix would best suit our family. St. Thomas is known as “The City” of the Islands, St. John is “The Nature Preserve” and St. Croix is “The Country.” We like the idea of being “A little bit country” so St. Croix it is. We will own our home outright – NO MORTGAGE. Hurray for the equity we had built up in our previous home!

Prior to deciding on St. Croix we entertained the idea of teaching internationally and really liked the idea of offering our children (two boys 9 and 7) a broader cultural perspective. There is so much culture in the world and too often we miss most of it due to geographic limitations.

St. Croix is a territory of the United States that has been under the rule of seven different nations. It is the ultimate melting pot. First on the island were the Arawak Indians, an indigenous people. They were followed by the Carib Tribe – who greeted Columbus on his second voyage to the new world in 1493. Columbus was the first to lay claim to the island in the name of Spain, however it was the Dutch (Netherlands) and British who first inhabited the island together. After a feud between the Dutch and English, in which both Governors were killed, the Spanish moved in to claim the island. Hearing of the political unrest on the island, Louis the XIV sent soldiers to seize the island for the French Crown. Phillipe de Poincy, a Knight of Malta, succeeded in establishing the French West India Company on the Island. Sadly, the French did not fair well on the island and had mostly abandoned it by the early 1700’s. In 1733 the Danish purchased the island from the French and established the Danish West Indies Company famous for the farming of sugar cane, distilling of rum, and a burgeoning slave trade. It was during the reign of the Danes that Alexander Hamilton began his climb up the political ladder to become one of America’s founding fathers. With the abolition of slavery, hurricanes, and other factors taking a toll on the sugar cane plantations, St. Croix began a sharp descent from its former economic prosperity. In 1917, the United States of America purchased the Island from Denmark for military reasons. The US was wary of Germany and its European prowess, and didn’t want the Danish Territories under German influence if perchance Denmark should fall to Germany.

Thus the United States is the latest flag to fly over St. Croix. The people, places, and history attached to this tiny island in the Caribbean offer a different and multi-cultural experience that we are missing in our current location. We are very excited about the learning and cultural opportunities that await us in St. Croix!

As an unincorporated territory of the United States of America, I don’t need a green card to work. Hurray for finding gainful employment! I can get a job and enjoy all of the rights and privileges that I do now. The only exception that I have found thus far is that citizens of the Virgin Islands do not get to vote in Presidential elections….meh…no loss there!

St. Croix is a tourist Mecca with many opportunities in the hospitality industry. While going to college, I worked the front desk of a hotel and thoroughly enjoyed it. With the resorts and hotels and tourism in general it seemed promising in regards to finding some employment when we arrive.

Due to the rich history of the Island, there are also many National Parks/Monuments etc. on the Island. I have had the great pleasure of working for the National Park Service for 7 Seasons at Timpanogos Cave National Monument. If the Department of the Interior is willing to hire me in St. Croix I will look forward to preserving the many natural resources on the island, or helping to interpret the fantastic history of the island with visitors and locals alike!

As an educator of 14 years, teaching is probably what I do best! There are many schools on the island; public, parochial, and private. If given the chance to share my knowledge with the youth of the island, I will embrace that opportunity. There is also the University of the Virgin Islands on the island which could be intriguing as well.

There just seemed to be many opportunities for employment that suit my past work experience – so St. Croix it is!

What is island time? Duncan Hurd from thisslowlife.com describes it like this:


“Island time is one of those delightful double entendres. On the one hand it refers to pace, a certain slack attitude towards the clock. But it also refers to time well spent, away, in a place that refreshes the spirit and cleanses the soul.”
I found myself saying “it’s too much” in regards to just about every facet of my life. I decided that I needed to find a place where the clock runs a little slower and life is enjoyed a little more. I am 36 and exhausted. So in selecting places to live, we needed somewhere that would be drastically different from the norm. Mainland living is sadly about the same no matter where you live on the mainland. Everything is a crisis and most people are moving at such speed that the simplest of joys is passed by. I wanted a place where we could slow down enough to grow closer as a family. Where my job didn’t keep me from spending quality time with my boys while they are still young. If like me, you find yourself saying, “It’s all just too much” consider finding a way to put the brakes on and say “no” to the rat race.

For the past couple of weeks, I have had the sad duty of scraping my windshield every morning. I have never liked the cold. I don’t enjoy shoveling snow. I am not a skier or snowboarder. So other than the beauty of freshly fallen snow, I don’t really care that much for winter. Unfortunately, on my current latitude, I spend about 4 months dealing with snow, frost, ice, fog, etc…. I am ready for blue sky, sunshine, warmth, and humidity. Yes, you read correctly – I am ready for humidity. I have had problems with my eyes and skin due to the dry environment I currently live in. My Corneas and epidermis will benefit greatly from the humidity found on St. Croix. Who knows, it may get old after a while, but for now, especially in the dead of winter, it sounds GREAT!

There you have it! 6 of the many reasons why we are moving to St. Croix!

Tell us in a comment below somewhere you would move if money, time, and maybe other people’s opinions didn’t matter!