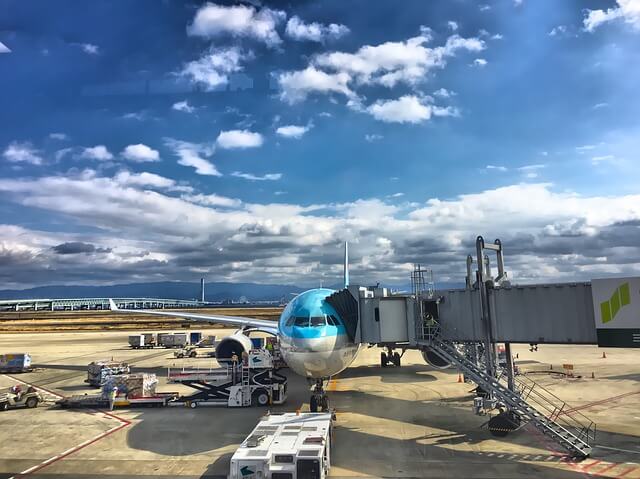 Adventure Is Out There!

Have you ever planned for a journey, a long-awaited trip, chance of a lifetime, a monumental life change? Only then find yourself having to wait for 6 months to actually MAKE the change or take the trip? IT. IS. EXCRUCIATING!!! You plan and wait. Plan and wait. Plan and wait. Until one day…THE day finally arrives. Then you start questioning…well…at least I certainly do. “Did I do the right thing?” “How is this going to go?” “Will we make it to our destination?” “Did I pack everything I need?” “Did I pack too much?” I start spiraling. That’s when I find my “brave,” take a deep breath, and go with the flow. I trust in the process. I allow my faith to carry me. Trust that I have planned to the best of my ability and believe that anything I didn’t plan for…I can handle.

Our flight left SLC at 4:35pm on June 3rd, 2017. In an effort to make this journey to our new home less scary and emotional, we would make this our “Epic Transportation Day!” In the past, I have taken my boys on a Transportation Day where we have driven our car to a train station, ridden our local train, The FrontRunner, to Salt Lake City and then we would ride the Trax Train, then we would ride a bus, then we would walk and then we would go back the same way we came – using as many forms of transportation that we could. What better way to make this huge transition fun than to make it EPIC? We had a great morning packing our last few things. I had decided to only pack back packs for all of us because we would not need much once we got to our new home. I mailed anything else that we would need once we got there. That was a trick accomplished using a lot of stuffing and some vacuum-seal bags 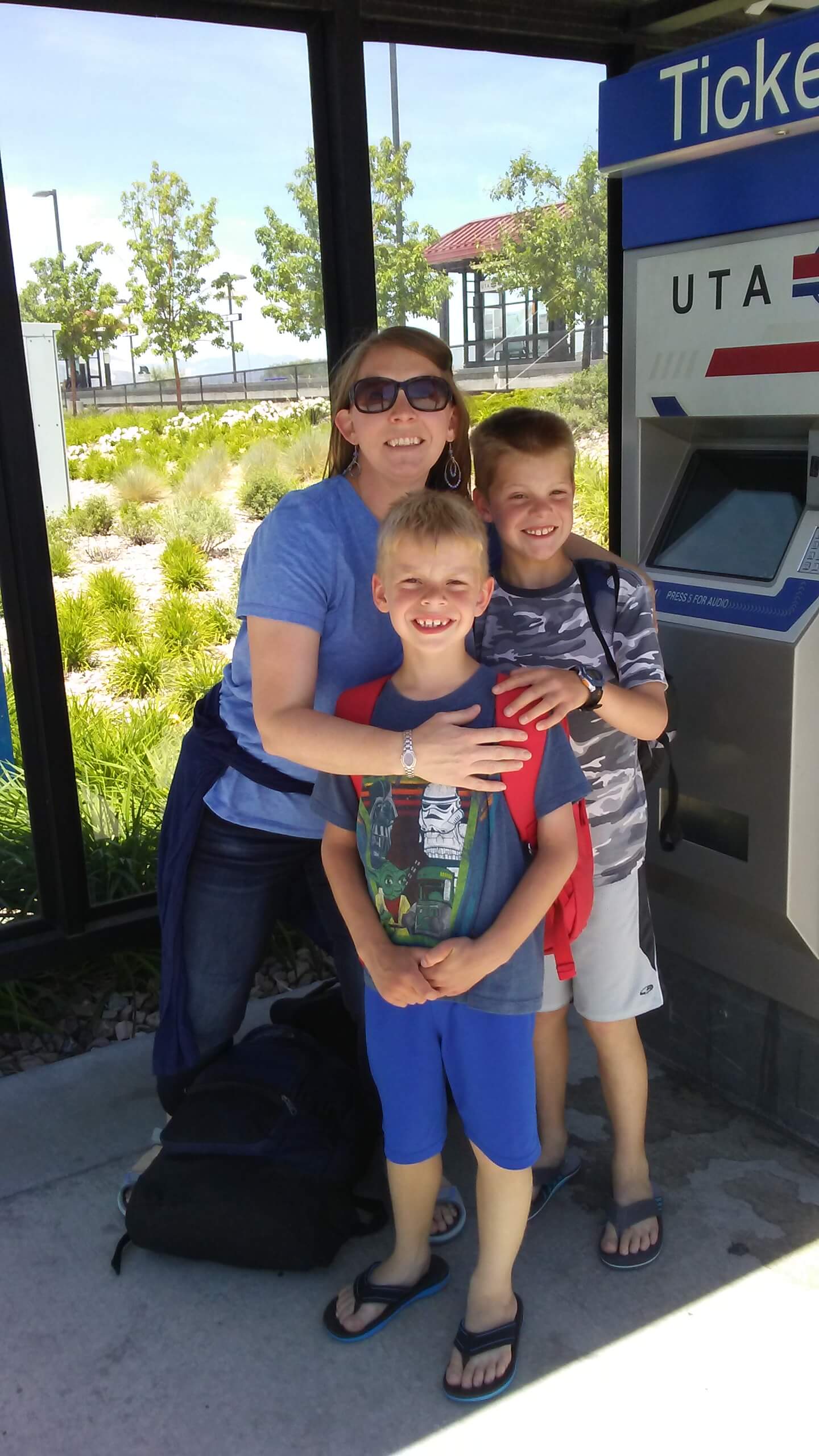 We made all of our connections on the train and made it to the SLC airport via FrontRunner and Trax with time to spare. The boys really enjoyed going through security and were champs at helping mom get all of our stuff put back in the bags. I managed to broadcast a live Facebook video from SLC. We were bright-eyed and excited on this leg of the trip.

We made it to the Houston, TX airport by 8:30pm. We were tired and STARVING! We found a lovely little restaurant, “Real Food,” (haha….) where we were able to get some good food before waiting for our next flight. We were lucky too, as the restaurants were all closing for the night and we had just barely made it in time. My boys were doing really well and I was proud of them for not being too cranky. They are used to going to bed at 6:00pm and they were still smiling. Our flight was supposed to leave at 11:30pm so we had a while to wait before we left Houston. We found our gate and made ourselves comfortable until it was time to board.

I wanted to board because I knew once we were on the plane I could make my boys comfortable and they (and I) could maybe get some sleep. Fingers crossed!!!

The only person who REALLY got sleep on our flight from Houston, TX to San Juan, PR was Little Howler (aka – my 7 year-old). He curled up on the airplane chair and went to sleep. Those who are bigger found it hard to sleep on the airplane. Airplanes are NOT meant for sleeping (unless you are on one of those fancy ones that ARE meant for sleeping).

We arrived in San Juan, Puerto Rico at 4:30am. Our flight to St. Croix wasn’t until 8:30am. UGH! More waiting! We were really pretty good at it by this time….but pretty tired…and tired of waiting. Nevertheless, we found some breakfast at Starbucks (because it was the only thing open). Luckily they have great breakfast sandwiches. Then we had more waiting. We entertained ourselves by trying to see any planes taking off and not passing out from being so tired.

At 8:15am we were able to board the small propeller plane (just like the one that Stewart talks about in his post 16 WINGS TO ST. CROIX – THE HOUSE SEARCH) that would take us to our new home. The tail of our plane had a dolphin painted on it and I vaguely remember it being really warm when we were walking to the plane. Other than that, I was really too tired to remember very much.

Home! As we flew into St. Croix it was beautiful! It was green. The water surrounding the island was a magical color of blue and turquoise. I was full of all sorts of emotions (which were heightened by my exhaustion – did I mention I was tired?): excitement, sadness, trepidation, joy, relief, love, happiness, anxious for the future and all the possibilities awaiting us.

We made it! Stewart was there waiting for us as we came out of the gate area. I don’t think I have ever been so happy to see my husband. The relief of being with him and feeling complete as a family again was overwhelming. I was overcome. I cried a little. It was only 9:30am. We had made it and the day was only just beginning.

Have you had your own “Epic Transportation Day”? Tell us about it below.